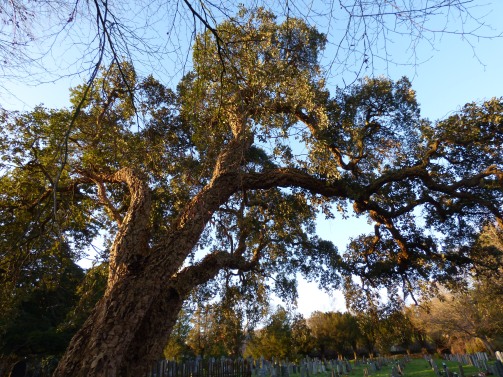 Lost so far from home 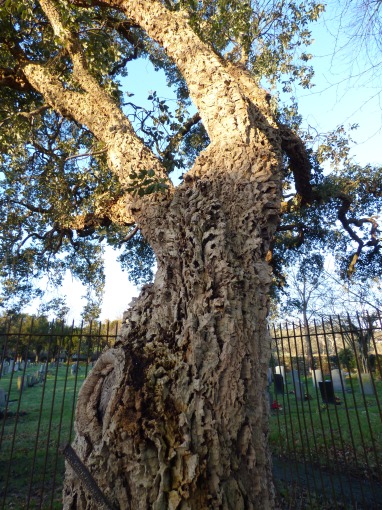 The cork tree in Gosforth churchyard was planted in 1833, and is thought to be the most northerly in Europe. It was an unusual find when we visited the church in search of the thousand-year-old Gosforth Cross… 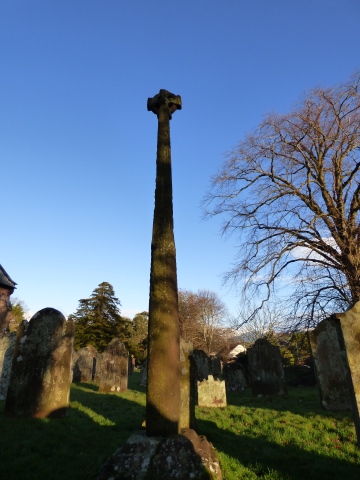 and where, to our surprise and delight, we also found the Fishing Stone. 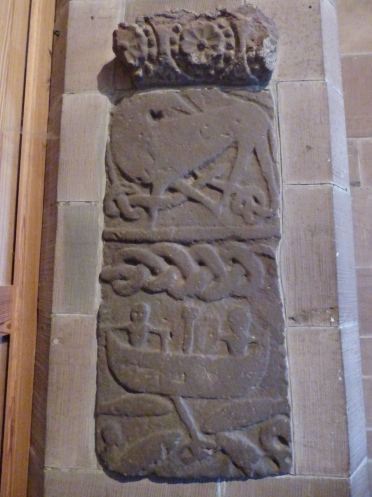 We paused to look at yet another carving on the windowsill… a handwritten notice pointed towards the east saying simply ‘Fishing Stone’. We pretty much ignored it, overwhelmed by what we were seeing.

Don wandered off down the north aisle while I was still taking photographs of the hogbacks in a vain attempt to give some sense of the sheer scale and detail. Looking up I saw that look on his face. He’d found something and was waiting… and something pretty spectacular to judge by the expression. Had I seen the Fishing Stone yet? His tone was far too innocent to be anything other than suspicious. I followed his gesture and stood amazed.

The Fishing Stone was the Fishing Stone… an image we have seen so often in books. And there it was… just there, set into the wall. Not even covered… not behind glass… we could even touch it!

The top half of the panel shows an animal with a serpent, itself tied in knots, tangled around its legs. But it is the bottom panel that we know so well. It hadn’t even occurred to us that this was what the Fishing Stone might be! It is thought to depict Thor with his hammer, fishing with the giant Hymir for Jörmungandr, the great World Serpent.

By this point I had driven five hundred miles… and it was worth it just for this alone!

from Lands of Exile: But ‘n’ Ben

Sue Vincent is a Yorkshire-born writer and one of the Directors of The Silent Eye, a modern Mystery School. She writes alone and with Stuart France, exploring ancient myths, the mysterious landscape of Albion and the inner journey of the soul. Find out more at France and Vincent. She is owned by a small dog who also blogs. Follow her at scvincent.com and on Twitter @SCVincent. Find her books on Goodreads and follow her on Amazon worldwide to find out about new releases and offers. Email: findme@scvincent.com.
View all posts by Sue Vincent →
This entry was posted in albion, Birds, france and vincent, Photography, Poetry and tagged books by Stuart France and Sue Vincent, cork bark tree, Gosforth, haiku. Bookmark the permalink.