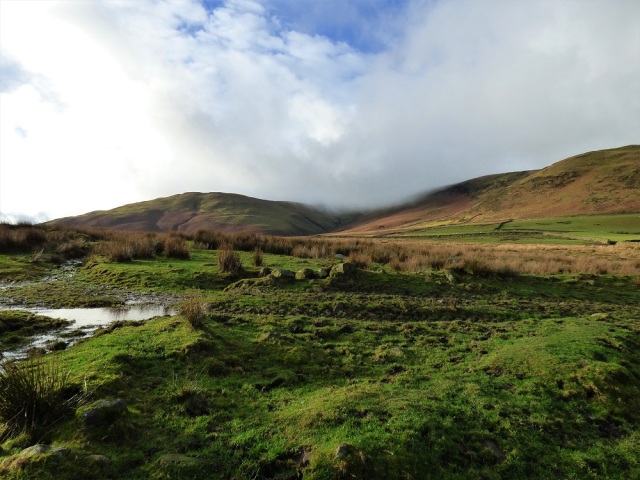 The track to which we had been directed by the lady on horseback was the one we had already passed, deciding it had to be the right one, but acknowledging that the ‘farm vehicles only’ sign meant that we would not be taking the car up there. Not that it would have been any happier about the steep gradient that faced us than we were. All we knew was that you could see the stone circle from the road…and that it was on private land, so we wouldn’t be getting inside it. Or at least, not this time as we hadn’t sought permission. It had better be worth the climb and the mile and a quarter walk. 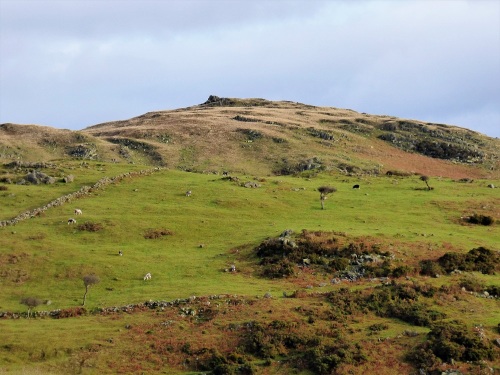 From all that we had seen of the circle online, it would be, providing the road led us close enough to get a good look. The walk alone was beautiful though. The weather was just perfect, especially for December, as the clouds came down to meet us and the light brought out all the earth colours as we climbed. Behind us, the land ran down to the sea. Ahead of us, Raven Crag, all russet and gold. 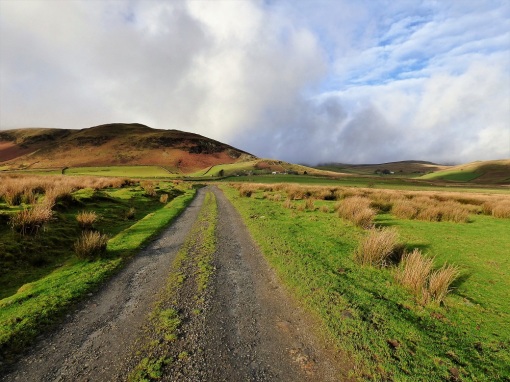 The track levelled off after a while, but it felt a good bit more than a mile before we got our first, distant glimpse. Swinside stone circle nestles within the walls of a field right beside the track… we would get a good look. And it would be well worth the walk… 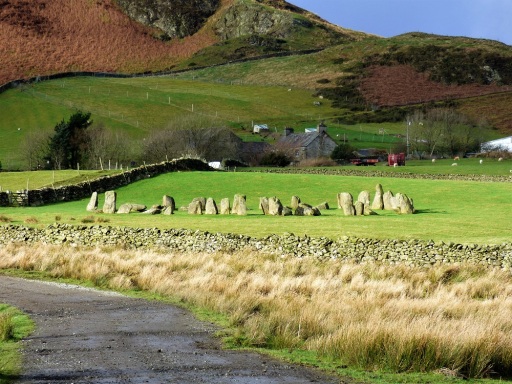 …especially as the long lens on the camera spotted a gate where the walls would not be a barrier to my limited stature. And, when we reached it, we found a little sign that said we could go in after all! 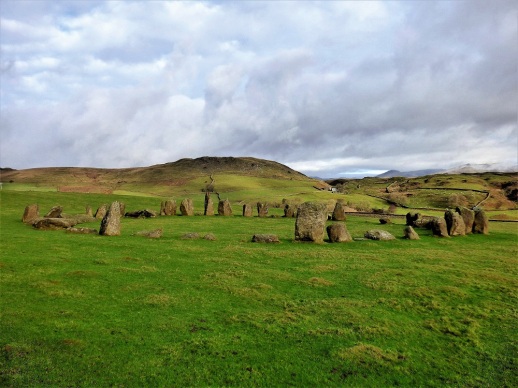 Swinside is also known as Sunkenkirk. The circle was built in the megalithic era, which puts its construction somewhere between three and six and a half thousand years ago. Legend says that when the locals sought to build a church on the spot, the Devil tore  down the stones every night and rearranged them in a circle. Christianity is a newcomer compared to these stones, so the legend, which has to be less than two thousand years old, makes no sense historically, but has some curious implications when looked at in a more abstract light. Maybe the old ways persisted here… 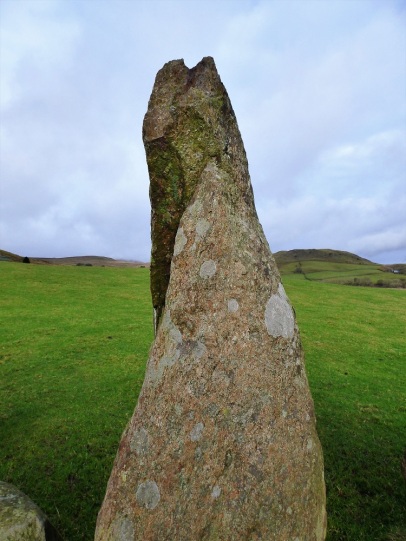 There were originally up to sixty stones in the circle, of which almost all of them survive, making it one of the most complete circles you will find. The stones were sourced locally and are of porphyritic slate, which refers more to their crystalline qualities than their colour. One huge stone is very heavily banded with quartz… 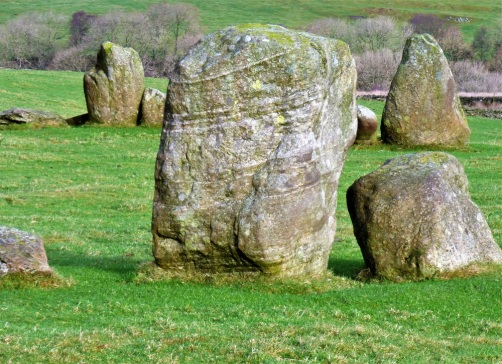 The circle is substantial, with a diameter of nearly ninety-four feet. It stands on an area that was deliberately levelled prior to its construction. The stones are not small either, with the tallest reaching seven and a half feet in height…and much further in presence. 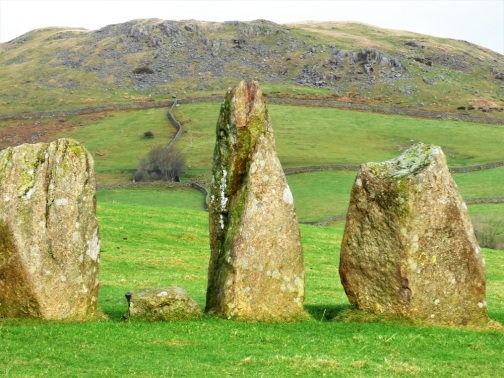 What is officially being called a portal was created by placing two stones outside of the circle, which appears to be aligned with the midwinter sunrise. But facts and figures convey nothing about this place. 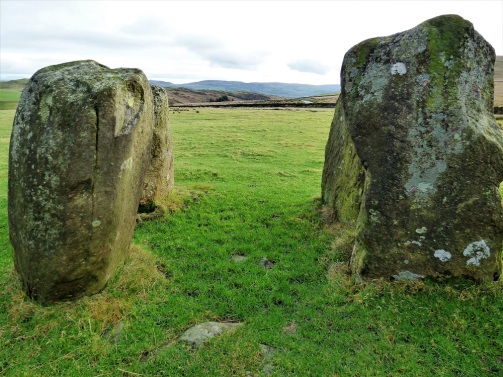 We have lost count of the sites we have visited over the past few years, but Swinside ranks amongst the best. Not only because it is almost complete and very much alive, but because of its setting. Where Castlerigg has the grandeur of mountains surrounding it, Swinside had a more approachable feel; the hills are gentler, closer somehow… more intimately linked to the stones. 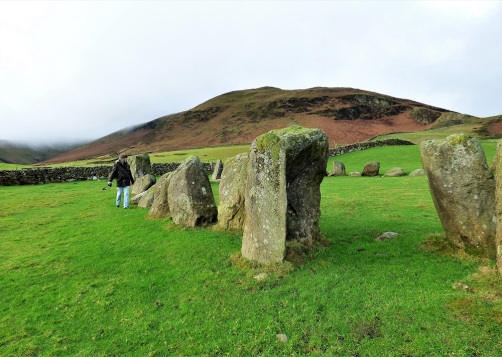 The shadowing that we see at so many of the circles is very evident here, with the upper edges of many of the stones following the contours of the surrounding hills. The notches on the tops of some of the stones seem to line up neatly with features in the landscape…and probably with astronomical events too. 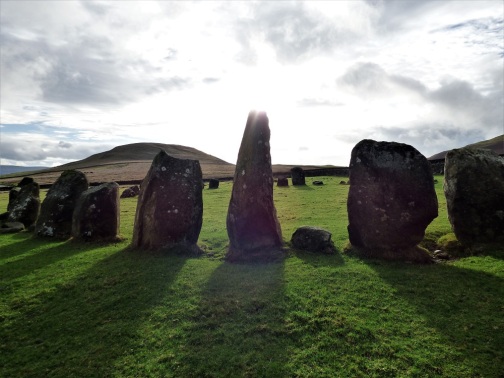 But most of all, it is the atmosphere that gets you. The utter silence, broken only by the occasional sheep or bird and the whispering of the stones. The isolation preserves it from being overwhelmed by casual visitors; it is neither easy to find nor to reach and yet it is watched over and protected from abuse by the presence of the farmhouse. 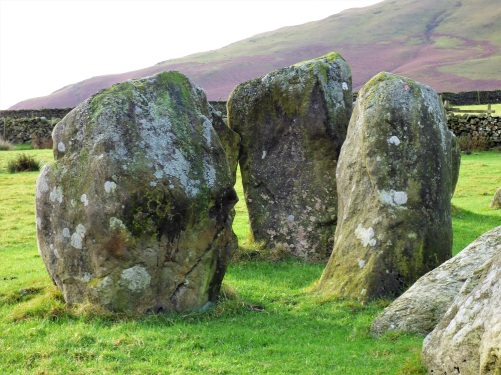 We saw no one while we were in the circle. We appeared to have the landscape to ourselves for miles around, and yet it was peopled by the presence of the stones. The more time we spent just being with them, the more faces and forms were revealed. And the more questions we were asking as we saw how whole sections of the circle seemed to echo the shape of one of the closer hills 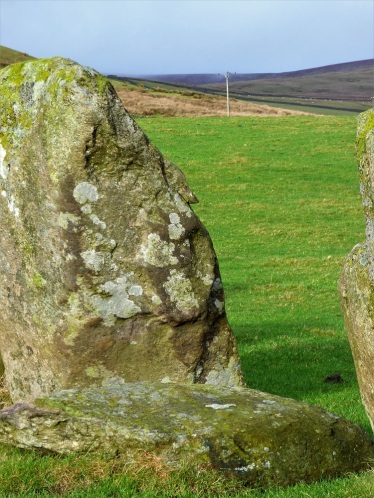 Almost every stone seemed to have a story to tell and, had the short winter’s day not been wearing on, and had we not a very long drive still ahead, I don’t think we would have moved for a very long time. I do know that we will have to go back…

Sue Vincent is a Yorkshire-born writer and one of the Directors of The Silent Eye, a modern Mystery School. She writes alone and with Stuart France, exploring ancient myths, the mysterious landscape of Albion and the inner journey of the soul. Find out more at France and Vincent. She is owned by a small dog who also blogs. Follow her at scvincent.com and on Twitter @SCVincent. Find her books on Goodreads and follow her on Amazon worldwide to find out about new releases and offers. Email: findme@scvincent.com.
View all posts by Sue Vincent →
This entry was posted in albion, Ancestors, Ancient sites, archaeology, Don and Wen, france and vincent, historic sites, Moors, Photography, Sacred sites and tagged Cumbria, midwinter sun, standing stone, stone circle, Swinside. Bookmark the permalink.