Notes from a small dog: IndieAni Bones and the thunder stone…

We had barely got in the car than we were out of it again. Just a mile or two down the road to a tiny village and she was looking for somewhere to park. Now, I have to say that the next stone they took me to was fairly underwhelming at face value, for all it is seven feet tall. Someone built their garden wall to sort of include it, so you can only see the part that faces out onto the road and you can’t get to sniff it properly or anything. It seems quite a sad stone…unloved and unwanted somehow, yet it is still standing after five thousand years…and that really is quite strange, when you think about it.

It stands in the village of Taston, which takes its name from Thor’s Stone. Legend has it that the stone was a thunderbolt cast down by the god, although it must predate Thor’s ‘arrival’ in Britain by millennia. Some have suggested that it is part of a larger monument, like a burial chamber or circle, of which the other stones have long since gone missing.

Yet others say that the old stones are still there… but now form part of a rather odd stepped ‘cross’, just a few yards away. The cross was erected so close to the standing stone, say the tales, to abate its evil influence. Most ancient and therefore pagan monuments were seen as evil by the church… who built their chapels on ancient sites, re-shaped ancient stones to make their crosses and even built stone circles and menhirs into the wall of their churches.

Was that, she muttered, to purify the ‘evil’ influences? Was it a purely practical re-use of sites and materials? A continuation of the old directive to take over ancient and sacred sites so that the locals would keep coming, even after the spiritual allegiance of the place had been forcibly changed? Or was there an awareness, in spite of official directives, that these sites and their stones, after thousands of years of reverence and built upon significant points in the landscape, were hallowed by the faith of the locals and the earth upon which they stand?

Surely, my two legs grumbled to herself, if the villagers had thought Thor’s Stone so evil, or the Church had believed it inert and powerless, they would simply have torn it down and smashed it to bits? Instead, they built a cross in medieval times to counteract its influence… Even to me, that seems a bit weird.

Between cross and stone, there was once a huge elm tree, where the locals say that people used to meet. Perhaps both the stone and the old preaching cross mark a gathering place too?

We walked through the village to the bottom of the hill, looking out for anything else of interest, until we came to a spring that forms a pool beneath a well. The wellhead that marks Thorsbrook Spring is not an ancient monument, but how can you date a flow of water unless artefacts are found to say how long it has followed a course or been in use? In winter at least, the abundant flow would be cause enough to settle close to the spring. Perhaps it too is older than it looks?

The well house though was only built in 1862 as a memorial to Henrietta, Viscountess Dillon, by the Victorians, who marked death in the grand manner. Now, I’m just a dog, so what do I know? Isn’t dying just a natural part of living? I can sort of understand this two-legged idea of marking a resting place or a memory, and I definitely get the old idea that the ancestors still play a part on the lives of the living… so houses for the dead make sense. But I really don’t understand these big, fancy monuments when the person isn’t even there… 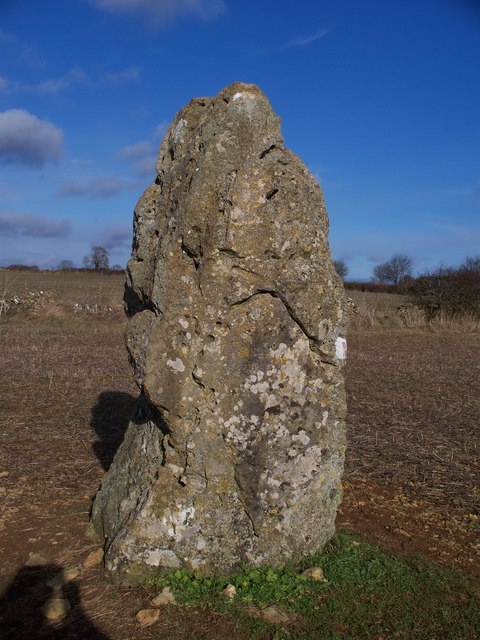 We walked back up the hill to the car. There was one last stone they wanted to find before the light failed… but try as they might, they could not find the Hawk Stone. This is a bit odd, as they are always finding hawks… but this one didn’t want to be found. Not this time anyway. “We’ll just have to come back another day and try again,” they said. I sent up a silent ‘thank you’ from the back seat… ‘cause that will mean I’ll get to go on yet another adventure soon.

Sue Vincent is a Yorkshire-born writer and one of the Directors of The Silent Eye, a modern Mystery School. She writes alone and with Stuart France, exploring ancient myths, the mysterious landscape of Albion and the inner journey of the soul. Find out more at France and Vincent. She is owned by a small dog who also blogs. Follow her at scvincent.com and on Twitter @SCVincent. Find her books on Goodreads and follow her on Amazon worldwide to find out about new releases and offers. Email: findme@scvincent.com.
View all posts by Sue Vincent →
This entry was posted in adventure, Ancestors, Ancient sites, archaeology, Dogs, Photography and tagged burial chamber, folklore, legends, leys, Oxfordshire, Spring, standing stones. Bookmark the permalink.

30 Responses to Notes from a small dog: IndieAni Bones and the thunder stone…