Full Circle: A Seat at the Round Table? 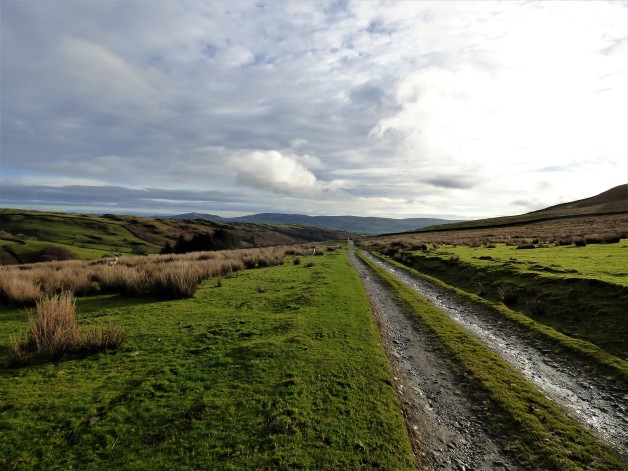 Three weeks before the workshop, Stuart and I had headed north to walk the ground. Most of the sites we already knew, but there were a couple we had not visited in person and, if at all possible, we will check each site before taking others there. Small details like where to park, warning of muddy paths, unadvertised entrance charges and the proximity of coffee and conveniences can make the difference between a successful weekend and an uncomfortable disaster.

These reconnoitring trips serve a dual purpose though. They are not only practical, but they allow us to get a feel for the landscape too and will, fairly often, see us change an itinerary we thought was set in stone. This trip did just that, although it waited until the very last minute to tell us so. 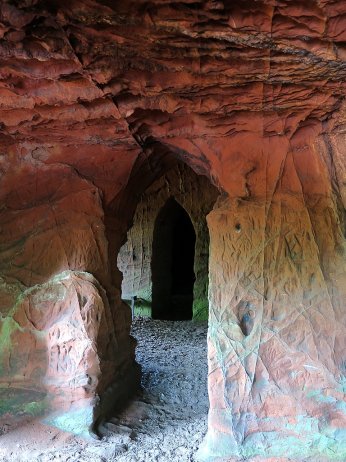 We had finished for the weekend, seen all the places we needed to see, except one of the sites which had been going to play a central part in the workshop. We thought we had found a perfect place, sheltered from the wind and any foul weather, but every way we attempted to reach it seemed intent upon putting barriers in our path. Impassable mud and fallen riverbanks meant that we had to reconsider taking the party to Lacy’s Caves, a folly built by the man who had wanted to blow up the local stone circle. The story goes that the attempt ended in disaster and Lacy had a change of heart. The caves were later built for some unknown purpose, and although they may simply have been a folly, there has been suggestions of ritual activity on the site. Subsequent investigations made us feel we had not been meant to go there. Some types of ritual activity can leave behind an unpleasant psychic atmosphere… and these caves reminded us of the Hellfire caves infamously used by Sir Francis Dashwood.

So, by the end of our ‘recce’, we were a site down, but had replaced it with another small visit. We would have enough…but it felt as if something were missing as we began the long trek south and east. Before we left, though, we would try and find another place we had heard of that tied in loosely with our theme…

Sue Vincent is a Yorkshire-born writer and one of the Directors of The Silent Eye, a modern Mystery School. She writes alone and with Stuart France, exploring ancient myths, the mysterious landscape of Albion and the inner journey of the soul. Find out more at France and Vincent. She is owned by a small dog who also blogs. Follow her at scvincent.com and on Twitter @SCVincent. Find her books on Goodreads and follow her on Amazon worldwide to find out about new releases and offers. Email: findme@scvincent.com.
View all posts by Sue Vincent →
This entry was posted in albion, Ancestors, Ancient sites, The Silent Eye and tagged archetypes, esoteric workshop, henge monument, King Arthur’s Round Table, landscape, Merlin, myth and legend, Neolithic monuments, Photography, Shap circles, spirituality, straight track, workshop. Bookmark the permalink.