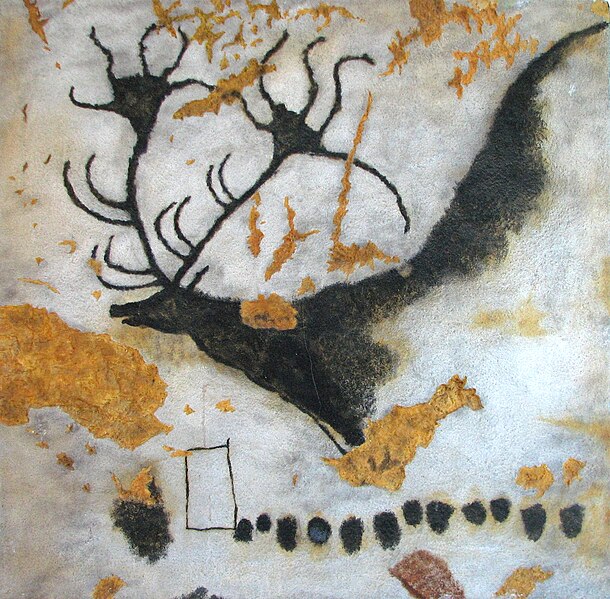 “That’s women’s’ work…” I threw the wet sponge in his direction. Had he not been laughing as he said it, I might have been tempted to throw something more substantial. There was a time, not so very long ago, when the roles of men and women were thus rigidly defined, and women continue to suffer the fallout from centuries of patriarchy, even today. But, I wondered, as I scrubbed the bathroom, where did the whole idea of gender roles come from, and what, in reality, might that mean?

Define your terms, I reminded myself. What was I looking at here? Okay, ‘gender role’ was a bit of a generalisation. There have always been those who crossed the divide, adopting and excelling in areas usually considered the preserve of either male or female.  For anyone with an interest in the Mysteries, that divide is not a physical thing anyway, but speaks more of the energetic nature of the individual, so already the lines become blurred.

We tend to think in terms of male and female in general terms. In the Mysteries we see these as two poles of a single force, rather like a battery, with both poles and an alternating current being required in order for either to function to its full potential. That applies just as much within the individual as within a society. ‘Masculine’ and ‘feminine’ then equate to positive and negative… or dynamic and receptive… with the physical vehicle expressing itself in terms of whichever trait is dominant, and that shifts depending upon both the circumstances in which it finds itself and the level upon which it is functioning.

Then there is the nature of reality itself… which level is real? Is it the level that we experience through the physical senses, the realm of the mind which makes sense of what we experience, or a subtler realm that makes use of both the experience and the understanding we gain from it? Is it possible to say for certain?  Or is it, as esoteric thought teaches, that all manifestations of reality are equally real on their own plane?

Sue Vincent is a Yorkshire-born writer and one of the Directors of The Silent Eye, a modern Mystery School. She writes alone and with Stuart France, exploring ancient myths, the mysterious landscape of Albion and the inner journey of the soul. Find out more at France and Vincent. She is owned by a small dog who also blogs. Follow her at scvincent.com and on Twitter @SCVincent. Find her books on Goodreads and follow her on Amazon worldwide to find out about new releases and offers. Email: findme@scvincent.com.
View all posts by Sue Vincent →
This entry was posted in The Silent Eye and tagged dynamisn and receptivity, gender roles. form and function, hunter/gatherers, mysteries, polarity, spirituality. Bookmark the permalink.