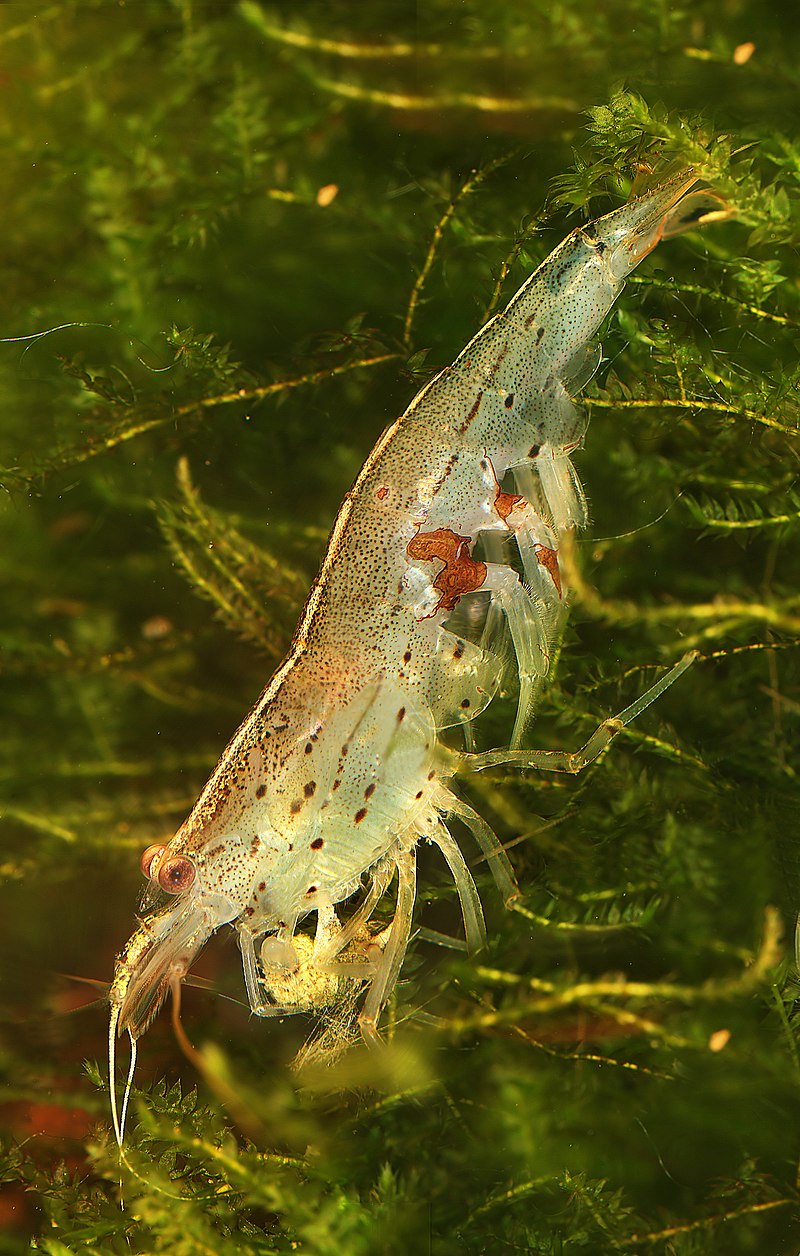 “They seek him here, they seek him there...” I couldn’t help thinking about Baroness Orczy’s Elusive Pimpernel as I watched the translucent creature foraging in the corner of the aquarium. He’s not exactly scarlet, being more of a watery pink, but he could certainly be the ‘shrimpernel’ of the tank.

Quite where he came from, or how long he had been in there, I’ll never know. I can only assume that he hitched a ride on one of the plants I brought home from the fish place. I didn’t even know I had him until he was discovered, lurking in the bottom of the old tank when I transferred the fish to their new home some months ago, and it had been months before that when I had last bought plants.

I saw him again the following morning, swimming merrily across the glass of his new home and really hoped I would see more of him; they are fascinating to watch. I even bought another half dozen shrimps to keep him company, knowing them for social creatures. But, despite cleaning the tank at least once a week, I hadn’t seen him or his fellow crustaceans since. They just disappeared into the undergrowth, never to be seen again.

Until last night, that is, when, bold as brass, a shrimp sauntered out to raid the fish food that had fallen at the front of the tank. I had been convinced for some that I had lost them all. I had seen the vacant exoskeleton on the sand one day, just after I had medicated the tank. Invertebrates are not good with many aquarium treatments and I was convinced he had been a casualty of the war on white spot. And shrimp are a delicacy for bigger fish too.

Sue Vincent is a Yorkshire-born writer and one of the Directors of The Silent Eye, a modern Mystery School. She writes alone and with Stuart France, exploring ancient myths, the mysterious landscape of Albion and the inner journey of the soul. Find out more at France and Vincent. She is owned by a small dog who also blogs. Follow her at scvincent.com and on Twitter @SCVincent. Find her books on Goodreads and follow her on Amazon worldwide to find out about new releases and offers. Email: findme@scvincent.com.
View all posts by Sue Vincent →
This entry was posted in The Silent Eye and tagged aquarium, faith, grace, invisible presence, nature of reality, reality, shrimp, spirituality, symbolism, trust. Bookmark the permalink.

2 Responses to The Elusive Shrimp