The Giant and the Sun – The one in the garden…

On our research visit to Dorset, we had really had to look for the Church of St Mary the Virgin at Hermitage. We had driven up and down the lanes for ages, before finally spotting a sign that led behind the village green and into the gardens of a cottage. We could see the church… a tiny, single-cell building, but felt a little awkward invading someone’s garden to get to it. Apparently though, that was the path to the church. 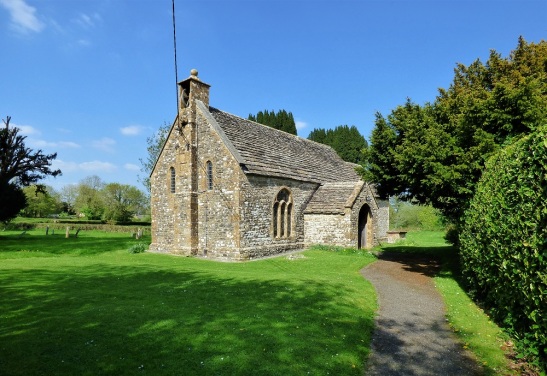 One of the reasons we had been unable to locate the church originally was the lack of a tower. Not had this made our quest a little more difficult, it had also obliterated our theory about the tall towers and their significance within this six-pointed landscape in the shadow of a priapic giant. Luckily, however, a bit of digging soon reassured us on that point at least.

The village of Hermitage is said to take its name from the presence of the Augustinian Friars who settled here nine hundred years ago. They were under royal protection and were eventually given grants of land by the Crown. The friars remained for three hundred years, and built the little church in the fourteenth century. 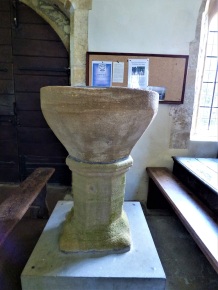 The present church was heavily altered and restored in the seventeenth century and the font dates from this period. There was once a tower, that contained an apartment for the curate, but that was removed, leaving only a lonely gargoyle, jostling for place with the modern wires.

Around 1800, the barrel roof was installed, giving the church its current appearance. There is still a medieval door in the north wall and a scratch dial… the primitive sundials used for telling the times of the services… on the outside of the building.

The setting, like the church, is simple… it is very much a part of the community and obviously loved. Not far away is The Lady’s Well, a sacred spring once used by the Friars, but whose origins…and the Lady to whom it is dedicated… may go back much further in time. 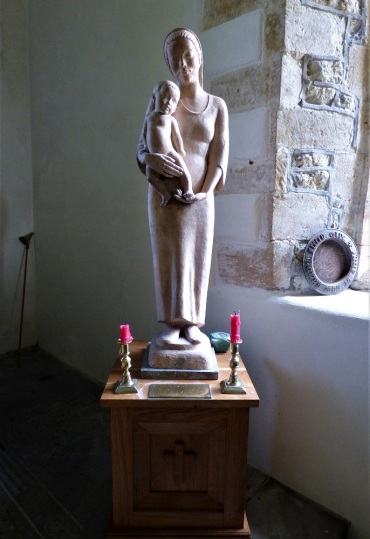 Sue Vincent is a Yorkshire-born writer and one of the Directors of The Silent Eye, a modern Mystery School. She writes alone and with Stuart France, exploring ancient myths, the mysterious landscape of Albion and the inner journey of the soul. Find out more at France and Vincent. She is owned by a small dog who also blogs. Follow her at scvincent.com and on Twitter @SCVincent. Find her books on Goodreads and follow her on Amazon worldwide to find out about new releases and offers. Email: findme@scvincent.com.
View all posts by Sue Vincent →
This entry was posted in The Silent Eye and tagged ancient sites, art, church, churches, consciousness, geometry, landscape, legends, Photography, spirituality, symbolism, weekend workshop. Bookmark the permalink.