My name is Colin Guest who as an expat has worked in fifteen countries and lived a life most only dream. Since retiring from working, I spend my time writing and get great pleasure from doing so. I find writing to be both relaxing and enjoyable. For those thinking of taking up writing, I offer this piece of advice, once you start, never give up. When you find yourself lost for words or don’t know in which direction your story should take, have a break. Go out for a walk or watch TV. Just leave the work for a while, when you return to it, you will have a clearer mind. Remember, Rome wasn’t built in a day. My motto is Think positive for positive results, negative thoughts only result in negative results.

Another essential thing to remember. After completing your writing, do not rush to get it into print. First, check through t yourself several times and if using Word doc, put it through spelling and grammar check.  I also find it best to get a copy of my work printed off. (To save paper, I have it printed on both sides of the page) I do this as I can generally see more mistakes or where I need to make changes. Another option is to run it through an editing program like Grammarly, Hemingway or Auto Crit. Even then, it is preferable to have your work professional edited. A good editor can help your work become more presentable and look professional. Costs for this work vary greatly, so ask around for advice on this from other authors. You can also go online and join some writing clubs, there are a great many to chose from. Here you can learn a great deal of advice re-writing and getting your work published  Once you have become a member, don’t just take note of what is being discussed, join in and offer advice whenever you can. 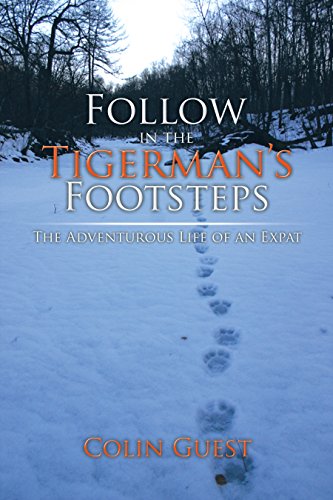 You may think that once your book is complete, you have cracked it. How wrong this is. That is the easy part, you now need to get it published to see if it’s as good as you think. Again there are several options you can take, self- publishing or find a publisher.  With self-publishing, it is quite an easy process, with Amazon Kindle one of the most popular sites to use. There are, however, a number of other sites to choose from. If you decide to look for a publisher, this can prove a long and challenging process. Many publishing companies only accept work via an agent. This, as many authors including yours truly will tell you is like looking for a needle in a haystack. However, like so many other things, nothing is impossible. I always say, The impossible we can do, miracles take a bit longer.

A quality book cover can significantly improve the chances of your book being successful. A final version of the book cover for my latest book, a short action/adventure story entitled Impending Disaster, is being prepared via a gig on Fiverr. I have had several book covers made by them and well pleased with both results and costs Apart from my books I also write poetry. Several of my poems have finished in the final four in competitions, with one made into a film.

Colin Guest was born in Cheshire England in 1940, and raised in Plymouth, Devon. On leaving school, he started a five-year apprenticeship as a joiner/shopfitter, and went on to fit out shops, banks and offices throughout England. In 1978, he accepted an offer to work on the fit-out of a five-star hotel in Iran. Unfortunately, due to a revolution breaking out, he and his colleagues had to leave with the hotel unfinished. After a short time in Qatar on another hotel contract in 1979, Colin did not work overseas until 1983 when he went to work in Saudi Arabia. This became the start of his working for nineteen years as an expat in thirteen countries, spread through the Middle, Far East, and North Africa. After obtaining a married status contract in Turkey, Colin & his wife moved to live there in 1990. As a result of his living there for over twenty years, Colin wrote An Expat’s Experiences of Living in Turkey. He recently had his memoir, Follow in the Tigerman’s Footsteps published, which covers his incredible life as an expat. Since the death of his wife in 2007, Colin remarried and now lives in Istanbul.

Although a memoir, “Follow in the Tigerman’s Footsteps” reads more like an adventure story. It covers experiences during 19 years of working on mainly high-class projects, several palaces a a number of five-star hotels, in 15 countries spread through the Middle, Far East, and North Africa. It is intended to encourage others who feel life is getting them down, that by being positive, you are able to climb back up in the driving seat of life. Thanks to his style of working, the author enjoyed a life most only dream about. It shows that there is more to life than a boring 9-5 job, and how you can travel to other countries at no expense to yourself.

This story is based on the recent coup attempt in Turkey on July 15t,h 2016 and an English families frightening holiday experience during this time.

For the Greater Good

When Jeff, hears that his brother died in poliçe custody in Yemen, a country racked by çivil war, he flies in looking for answers. However, he soon finds himself involved in a plot to assassinate the self-proclaimed president. It seems he is a threat not only to his own country but also to world peace. Using skills obtained as a black ops specialist, Jeff has no problem in resolving this situation.

An Expat’s experiences of Living in Turkey

An Expat’s Experiences of Living in Turkey, covers my life from when first offered a contract to work here back in 1988 up until 2015. Although I had worked on contracts in a number of countries, none had been married status. However, as the contract in Turkey was, my wife came out to join me. Her doing so proved a life changing one for us, as it led to our enjoying a life that for many is but a dream. Although Turkey is a Muslim country, with a culture far different than England, we soon found it easy to settle in. At the time of our arrival in what at that time was the small village of Kemer, down on the Mediterranean Coast, we only found two speaking English. This proved not a problem, with our making friends with several Turkish people who unlike me, quickly learnt another language so we were able to converse with them.. It was amazing experience living in such a beautiful location, with our finding Turkish people to be extremely friendly and helpful.Due to this and a far better climate, (over three hundred sunny days per year) it led to our deciding to uproot ourselves from England and move to live in Turkey. We bought some land and had a house built just outside of Kemer. From then on, our whole life style was far more relaxing and healthier than when living in England. The years spent living here have proved to be full of all sorts of incredible incidents, which I think readers will enjoy reading about. Apart from explaining about my life here, the book offers advice on a variety of issues, which I think beneficial to others both living and thinking of living here. The idea of living abroad from one’s home country, although challenging, is something well worth considering. If doing so, always remember and be prepared at finding that things are not always the same as in your own country. As for myself, moving to Turkey is something I have never regretted, with my enjoying a good lifestyle. Since the death of my late wife, at the age of 72, I remarried a wonderful Turkish lady, two years younger than I. We our now enjoying a second incredible happy life here in Turkey.

Explicit love-making, death attempts and deadly exploits high in the Italian Alps. All come about after John, a budding author meets and falls in love with Tara. She is the famous and attractive author of steamy sexual novels. Their happiness is threatened by Antonio, her ex-lover, who will do whatever it takes to put an end to their romance.

Sue Vincent is a Yorkshire-born writer and one of the Directors of The Silent Eye, a modern Mystery School. She writes alone and with Stuart France, exploring ancient myths, the mysterious landscape of Albion and the inner journey of the soul. Find out more at France and Vincent. She is owned by a small dog who also blogs. Follow her at scvincent.com and on Twitter @SCVincent. Find her books on Goodreads and follow her on Amazon worldwide to find out about new releases and offers. Email: findme@scvincent.com.
View all posts by Sue Vincent →
This entry was posted in Books, Guest post, writing and tagged adventure, Amazon, book promotion, expat, kindle, memoirs, turkey, writing tips. Bookmark the permalink.