I knew it was early, too early to be getting up, and laid there pondering dreams for a while, thinking back through the night. There are many types of dream… the daydreams that lift us from the humdrum world and transport us in imagination to an elsewhere full of possibility… the dreams of what we would do if we could, if circumstances allowed… Nightmares and fears, memories replayed, the odd, surreal and symbolic dreams that leave us wondering just what is there in the deepest recesses on our own mind, and those that play out the events and worries that prey on our minds.

Then there are the gifts. There are dreams that have you scrabbling for a pen in the dark to capture elusive wisps of understanding before they fade, the inspiration that drags you uncompromisingly from sleep and sees you writing or sketching away through half opened eyes before the brain engages the gears of logic that cloud vision. And there are dreams that remain sharp and clear, sometimes for as long as you live, changing the way you see and understand the world.

I wrote of one such a while ago, a dream that has been with me for thirty-odd years now and it was a turning point in my understanding of life. It sounds little enough to read… but to experience the reality of the Fountain in dream marked me deeply.

While most of our dreams are undoubtedly the mind trying to make sense of the days and events of life, I know there are other dreams. I know one young man who regularly has prophetic dreams that he has learned to trust… though he doesn’t like them. He comes from a line of what, for want of a better word, we call psychics, though perhaps the old word of ‘seer’ is closer to the truth. Perhaps there is a genetic predisposition, for seeing beyond the normal is a talent no different from the inherited ability to create art or music… or perhaps growing in a family where the unusual is normal allows something to flower that might otherwise be lost.

Whether such dreams come from within, from a level of understanding not usually available to the waking mind, or whether we are able to touch something beyond our selves, perhaps does not matter. Everyone will have their own theory and belief when they question this. I long since ceased to need explanations for everything that occurs. Some things work perfectly well without dissecting them with the scalpels of why and how. I stand with Hamlet on that one, “There are more things in heaven and earth, Horatio, than are dreamt of in your philosophy….” 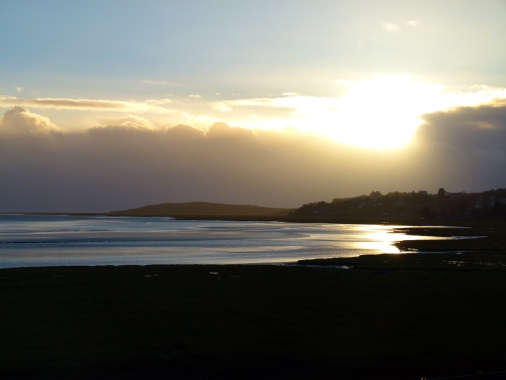 I dreamed of a beach. I stood on the land where the worlds meet on the shore, water lapping around my toes, a soft breeze blowing and the warm rays of a golden sun spilling over the eastern horizon. From out of the glow a figure emerged. I could see little but the eyes in the brilliant light, and a hand that held a single jewel, perfect and white, refracting rainbows across the morning. Condensed Light that was simply Love, alive at the heart. I felt it calling me, calling something within that knew it, recognised it, sang with it.

The figure let me look, drinking in the beauty of a jewel I knew, somehow, was Truth. The eyes directed me to look at the beach behind me and I saw that the shoreline was not sand, but billions of jewels. Yet I knew they were not real. Every colour of the spectrum was there, glittering and gorgeous… but they were fake, man-made.

The beach caught the light, sending rainbows flying, echoing the reality of this jewel. You could learn much of this jewel by looking at the others…and they were abundant… everywhere…the colours and shapes shifting in the waves that washed the shore, moving them, hiding some, uncovering others. Some were poor copies, as lifeless as plastic, others were superlative recreations, almost impossible to distinguish from the jewel in the figure’s hand… yet there was something not quite perfect… or seeming too perfect yet lacking some quality in their rainbow light… something indefinable but essential.

When I had looked and seen, I turned back. The eyes smiled and held mine as the jewel was tossed far out onto the beach as the waves washed the shore, rolling the stones under the weight of water.

Find it … the words touched my mind, find it and it is yours…

An impossible task? One to spend a lifetime seeking? Perhaps… yet I know the song of this jewel, had felt it’s harmony within me… and could feel its call. The search itself would guide me… and the prize is a jewel beyond price.

I woke then, and lay there in the night smiling at a dream that was a gift.

Sue Vincent is a Yorkshire-born writer and one of the Directors of The Silent Eye, a modern Mystery School. She writes alone and with Stuart France, exploring ancient myths, the mysterious landscape of Albion and the inner journey of the soul. Find out more at France and Vincent. She is owned by a small dog who also blogs. Follow her at scvincent.com and on Twitter @SCVincent. Find her books on Goodreads and follow her on Amazon worldwide to find out about new releases and offers. Email: findme@scvincent.com.
View all posts by Sue Vincent →
This entry was posted in Dreams and tagged being, consciousness, landscape, Life, love, Love and Laughter, Photography, spirituality. Bookmark the permalink.

27 Responses to Life’s a beach…