Smoke in the night… 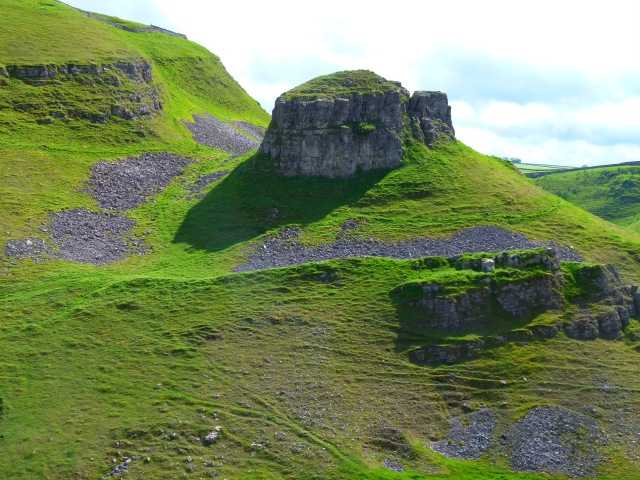 Throughout the books written with Stuart France many stories are woven. This is one of those that weaves through the Doomsday series… and one of those upon which we drew for the Feathered Seer workshop…

Years he had walked the path, turnings of the moon uncounted the sun had led his seeking. Now it was time.

He had learned the way of the hearth and the flight of the spear. His body was lean, honed, a warrior, yet his only shield was vision.

He had learned the ways of beast and tree, found the voice of earth and heard its song.

He had slept beneath the stars on the cold stone, high on the plateau. They had watched, the old ones, thoughts whispering echoes that hummed around the moat of encircling silence; contained, hidden, protected by the steep, white curves of the Lady’s form laid open to him on the hillside.

He had slept beneath the stars and touched them with vision, learning their shapes and their telling, seeing beyond the pinpricks of brilliance to their music, finding the keystone that led through the portals of light.

He had left his body sleeping in the womb of earth with a lover’s abandon, spilling blood and the seed of desire and walked the tenebrous passage between the worlds, greeting the guardian with his naked soul bared to vision, feeling the intimate touch of ghostly fingers in the dark places of his being… feeling them torn from their roots and consuming them.

He had climbed the hill and stood where the stars came down where the priestess searched his soul and marked him with secrets and fire.

He had bathed where the water rose from the white stones, in the deep pool of midnight and tasted the cloud breath for the last time.
He had passed through the dark belly of the serpent, between towering cliffs that caught the sound of his breathing, reminding him of life… a life long given.

His was the long death, the chosen death, the sacrificed death. The death that bought life.

Now he waited. He had waited through the heat of the day as the sun climbed to its zenith. The longest day.

He had waited as the thirst grew, quelling the emptiness in his stomach with the feast of vision.

He had waited, seated on a chair of stone, enthroned as a king, naked as a babe until the sun sank; looking at his life in all its details… remembering it…acknowledging it… loving it… letting it go.

He waited until the torches came, their fire reflected in the tumbling stream he could not touch; the crackling flames echoing in the stillness of night, magnified by the cliffs and the white stone.

The torchlight painted them red and gold, casting macabre shadows on the valley sides. The drums danced with the flames, a dance of madness or desire, the heartbeat of earth.

He stood to greet them, silence his only vestment.

They circled him, drawing him onwards, following the stream that glistened, a silvery snake in the moonlight, alive and guiding him towards the morning following, the sinuous curve of the valley to the looming shadow of the Place of Dreaming.

They laid him on stretched hide on the grass; prepared his body for burial with ochre and woad, painting him with the spirals of light. They shaved his head and crowned him with oak, and around his neck they placed garlands of flowers… life for the dead.

The drums continued, slowing their beat as they buried him, nameless.

The walls of the tiny cave close about him. The drums reverberate through the rock. The fire of sacred herbs is kindled before the narrow opening and smoke fills his lungs. The flickering shadows dance on the walls and he is lost once more in vision.

The drums slow, a steady beat; his breathing slower… his heartbeat echoes the drums, slower… slower… Yet it beats faster than the heart of the land. He can feel its rhythm in his bones as life ebbs and flesh melts into the earth.

As his body disintegrates… dust to dust, water to water, flame to flame… his soul soars, higher than life, deeper than death, faster than time. All things are his for the knowing, nothing his for the taking…nor would he if he could. There is freedom in this. The wandering mind rests, light as a mayfly, on the world he has known, seeing with new eyes, as a father watches the children squabble in the dirt.

He sighs; the last breath leaves, and he is still.

The pale gold of dawn touches his face. He can feel the dew-damp grass beneath his nakedness and hear the chanting, soft in the morning, entwined with the song of birds.

They chafe his hands and feet, wash the pale, cold skin. He watches, detached, apart… distant, yet present. He is aware of curiosity, watches the body whose spark of life has fled, yet which lives still. They sit him on the hide, one behind, two beside him, chanting softly. Marking his face with their fingertips, stroking his skin with the black feathers, passing the smoke before his face.

A cup is lifted to his lips, the bitter liquid forced into his mouth… he chokes…

… meeting the eyes of the old one, he swallows, and the world explodes…

Smoke hangs in the hollow before the rock, the Place of the Dreaming. The air is heavy, the fires not for warmth. Not at midsummer. All day they have drummed. All day they have chanted. All day he has sat, rigid in the smoke that swirls and roils in his vision; great beasts and creatures people his sight. Death in life and life in death.

Yet now, once more, they bring him back. This is the third night.

His eyes clear, looking up through the pall to the faces of man and beast, god and spirit carved by the Goddess herself in the rock. Their eyes stare unseeing, seeing all. As darkness falls the dance of flame gives them life, leering or smiling… the rictus of fear or the faces of desire. He knows not. He knows only what must be done.

A circle of torches spiral round the Place of Dreaming. They have come. For a birth…or a death. There is only that. It is all he has left to give. He will not pass that ring of flame unchanged. To run would be to die by the spear, skewered like a rabbit or gutted like the boar. He can only climb the pathway. He cannot run from himself. Not now. Not anymore. He has seen too much.

His mind is clear, his body weak but renewed as he walks the spiral to the base of the rock; naked and nameless still.

They stand away and he is alone. One step… two…. He approaches the channel that leads up to the mound atop the pinnacle of rock. He can see the smoke rising through the chimney… the sacred fire is kindled; smoke white against the dusk.

Fear grips his gut, a hand writhing and clawing at his entrails. Each step an aeon, each footfall touches terror … screams rise in his gullet…

In silence he battles the warding. He has earned the right to pass.
He climbs, naked still, all he is has been stripped from him… all thought… he simply is…

Up through the narrow crevice, up and right onto the rock… only silent swirlings below, ringed with flame.

Up once more, feet touching the grass of the mound, pushing through terror, wanting to flee. He sits, cross legged to wait. Knowing what is to come. Knowing… nothing.

Fear remains, his only companion, whispering in the night. He sees it… knows it… tastes it on his lips.

The torches are extinguished; the flames cold. There is only the silence and the fear and the smell of smoke. Smoke from a sacred flame… herbs and woods known to the few… to the old ones… gate of vision or funeral pyre.

If he fails they will burn his body, scattering his ashes to the winds.

He will be lost forever. Nameless.

He will not fail.

Fear is a dark shape born of the feathers of the Night Cloak, wrapping itself around him, smothering… suffocation.

He closes his eyes and plunges inwards, seeking Fear, hunting it down, stalking it… capturing its essence. He sees its dark form and knows its name.

In his hand a spear…

He does not strike.

He stands on the edge of the precipice and Fear stands before him, laughing.

He raises the spear… draws back his arm…

Casts the spear aside…

Opening himself, opening his arms… inviting Fear in.

Holding it, embracing it, tender as a first love, deep as a last… he calls it in.

He knows its name.

They found him at dawn. Body curled like a babe on the mound. Skin wet with dew that pearled on his lashes.

The soft light cast a roseate glow on the chilled body. A smile of great peace on his parted lips.

The old one struggled with the climb, leaning heavily on his staff, warded by the others against the wicked fall of the rock face.

Eyes open… the clear blue of morning… the wisdom of ages… a mirror of his own, meeting … recognising… acknowledging. He stands.

They robe him in soft wool… raise the honey-wine to his lips… and lead him to the edge.

Below they wait… looking up at the high place, the Place of Dreaming…

He has not failed.

He Knows his Name.

Sue Vincent is a Yorkshire-born writer and one of the Directors of The Silent Eye, a modern Mystery School. She writes alone and with Stuart France, exploring ancient myths, the mysterious landscape of Albion and the inner journey of the soul. Find out more at France and Vincent. She is owned by a small dog who also blogs. Follow her at scvincent.com and on Twitter @SCVincent. Find her books on Goodreads and follow her on Amazon worldwide to find out about new releases and offers. Email: findme@scvincent.com.
View all posts by Sue Vincent →
This entry was posted in Sacred sites, symbolism and tagged ancient sites, mystery, Photography, spirituality, The Feathered Seer. Bookmark the permalink.

6 Responses to Smoke in the night…