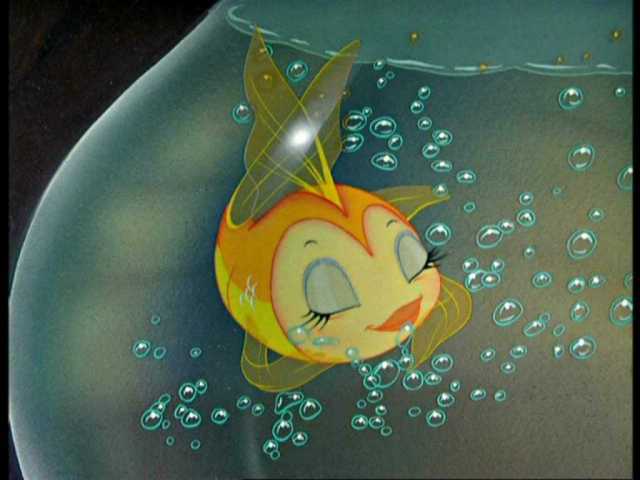 My brain-injured son looks smug. I raise my eyes to the heavens. He’s right, I have completely forgotten half the things he just asked me to do. He takes a great and unholy delight in what he calls my six-second memory, especially when he shouldn’t have one at all.

The goldfish is famed for the shortness of its memory… though you wouldn’t think so to see my son’s fish react to the sound of footsteps and the food jar. In fact new studies suggest they can recall things for up to five months. Perhaps what they do is discard the unnecessary to ‘make room’ for the needful. Which isn’t a bad thing to do.

I forget a lot of things. Not because of poor memory, but simply because they don’t capture my attention, having no emotional impact or intellectual appeal…because I have no affinity for them… or simply because I no longer need to remember what technology does better than I and even the memory gets lazy. Or perhaps it is simply freed for more important or more interesting things… things with which we engage and which capture our attention.

My son and I often talk about the vagaries of memory.
“It wasn’t a lie, they were telling the truth as they remembered it.”
“But that doesn’t make it true.”
“It makes it their truth…”
“But not necessarily the truth.”

Memory is a fickle thing. We will not recall what we had for lunch on this day ten years ago… but we will remember that holiday, that special occasion, that wonderful day… Yet we can only remember things through the filters of our own emotions and understanding at the time. Even when logic, in later years, refuses to accept that there really was a monster in the wardrobe, the child in us recalls the memory and shudders. Or perhaps we believed in Narnia and still open the wardrobe with illogical hope.

Just a few years ago my work was office based as a transport manager. The telephones required you to input numbers, scores of them every day as you liaised with suppliers, customers, other transport companies and your own fleet of drivers. It was more energy and time efficient to know their numbers than to look them up every time, so remember them you did. It is not so long ago, but I haven’t been in contact with any of those people since that time. I couldn’t remember one of those numbers now… or for that matter any of the scores of personal numbers I once knew in the days before cell phones became part of our lives. But I could still tell you about the people I talked to, all about their spouses and children… which one played badminton, which had a rescue dog, whose son was doing so well at school… all the personal details that were shared over that faceless phone as we talked. Their phone numbers were essential for the job, but it was the people who touched the heart, sense of humour and mind, and it is they who remain long after the details have gone.

My son looks disgusted… my turn to look smug, having just imparted another bit of dredged-up information gleaned over the years. It really is incredible how much our memories hold. Most of the time we don’t even realise it is memory in action. We think of memories as encapsulated moments, events or sequences from the past, yet everything we know, from the simplest word, to the cake recipe… from the way to get from here to there, to the basics like how to flick the light switch… it is all memory. All learned behaviour.

And so are we. Memory can be abstract too, so we learn to react in certain ways to certain situations, we learn where there is joy or pleasure and can seek it out, or where there is possible pain so we can avoid it. Physically and emotionally. We learn when we can be ourselves and at ease and when to don the social masks behind which we hide, both from the prying eyes of the world and from ourselves. Our personalities begin building themselves from our memories right from the start and it is memory that carries us through our days and all our relationships with those around us. Which is why the degeneration of memory is such a tragedy.

Yet memory alone is not enough. The ancients knew it, and in the Norse mythology Odin is known as the raven-god, as the two birds, Huginn and Muninn, fly from him every day across the world, and bring him knowledge. “Huginn and Muninn fly each day over the spacious earth. I fear for Huginn, that he come not back, yet more anxious am I for Muninn,” says Odin in the Grímnismál. Huginn means thought; Muninn memory… or mind.

Yet what is it that they fly back to? What is it in us that has mind, thought, memory? We are not these things… all may seemingly be taken from us by age, accident or infirmity. Yet even then there is a something that remains, a something that is us. Something which is the raw material upon which thought and memory build a structure, a vehicle for who we truly are.

Perhaps the myth of Odin holds more than a clue, for he is the raven god because of his association with these birds. They serve him by bringing him what they have found, memory and mind, a knowledge which, when combined, may become understanding. When we take the elements of our experience, our thoughts and memories, our acquired responses and transmute them into something higher and deeper than observation or reaction, what is it in us that can do this? It is, I think, that echo of the divine that flames within us, the flame of Being that holds and is held by the vessel we think of as ourselves.

Goldfish or Raven? Perhaps we need to be both.

Sue Vincent is a Yorkshire-born writer and one of the Directors of The Silent Eye, a modern Mystery School. She writes alone and with Stuart France, exploring ancient myths, the mysterious landscape of Albion and the inner journey of the soul. Find out more at France and Vincent. She is owned by a small dog who also blogs. Follow her at scvincent.com and on Twitter @SCVincent. Find her books on Goodreads and follow her on Amazon worldwide to find out about new releases and offers. Email: findme@scvincent.com.
View all posts by Sue Vincent →
This entry was posted in Brain injury, Memory, Motherhood and tagged Disney, goldfish, personality, raven, relationships, soul, spirituality. Bookmark the permalink.