A rift in reality 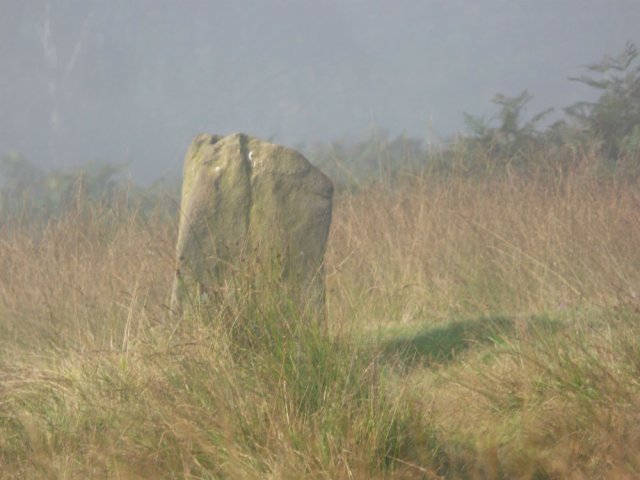 We were up at the crack of dawn, not because there had been too much wine the night before, which might have been expected during an evening in an Italian restaurant, but because the bug that had been stalking us for days had decided it would be fun to strike its victims during the celebratory meal and had knocked us off our feet.

With no clear plan for the days ahead, we lingered over coffee, debating what we should do. The evening was taken care of… we were going to see Robin Williamson. We had missed his Sheffield performance last year, due to the dates of the Ilkley workshop, and his music was the main reason I was lingering in the north. 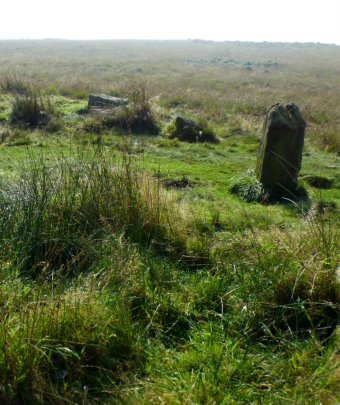 We decided that it would be a good idea to check on the stone circle at Barbrook. After the work we had done there, we needed to re-visit the stones and, if nothing else, pay our respects and thank the spirit of the place for the gifts we had been given. The sun was rising steadly as we drove, climbing the long road to crest the hills above the awakening city.

Three, they say, is the charm…and this was the third time in less than a week that we had passed through the gates onto Ramsley Moor. The morning mists wove mystery from the pale sunlight and the bejewelled land was bathed in gold. It may just have been the beauty of the morning, but the place felt different, alive and awake, as if two thousand years had dropped away and we were stepping beyond the veiling mists back into a time long gone.

Retracing our steps along the path, just a few days after the workshop, it seemed like a different place. More of the mounds were visible,  shifting  swathes of mist opened pathways and vistas into a landscape of dreams. What we had done had undoubtedly made a vast difference here… though whether that difference was objective or just in the way we percieved the land is another matter.

Nor does it matter. Reality is only real in as far as we percieve it to be. It is our perception that determines how we can interact with it and what our reaction to it might be. A tiny spider, if percieved as a threat, will make us afraid. If the darkness holds monsters for a child, the fear is real. If a stone circle seems awake… that too is real in its own realm. When we left the moor at last, we were smiling. 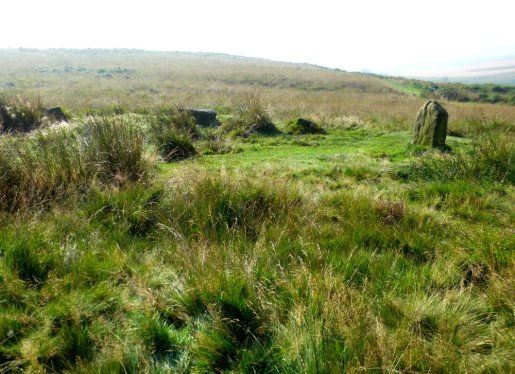 Sue Vincent is a Yorkshire-born writer and one of the Directors of The Silent Eye, a modern Mystery School. She writes alone and with Stuart France, exploring ancient myths, the mysterious landscape of Albion and the inner journey of the soul. Find out more at France and Vincent. She is owned by a small dog who also blogs. Follow her at scvincent.com and on Twitter @SCVincent. Find her books on Goodreads and follow her on Amazon worldwide to find out about new releases and offers. Email: findme@scvincent.com.
View all posts by Sue Vincent →
This entry was posted in albion, Photography, Sacred sites and tagged Barbrook, CIRCLES BEYOND TIME, Derbyshire. Bookmark the permalink.

5 Responses to A rift in reality