The Eternals an Update by Richard M. Ankers

I would like to thank the wonderful Sue Vincent for allowing me the privilege of saying a few words here.

Being able to appear on Sue’s blog has come at a very opportune time. My first published novel, THE ETERNALS, published by the good people at Creativia, has been doing very nicely. I count myself fortunate to have garnered some fabulous reviews which, in turn, has spurred on the writing process with books two and three of the trilogy. So, here’s the big reveal.

In other news, I’m pleased to announce that Creativia will be promoting THE ETERNALS Book One on Amazon Kindle eBook from September 18th — 24th. During this time a copy will only cost 99 pence or cents depending on where in the world you live. This will be an ideal opportunity for anyone out there who’s wanted a copy to get one before the second is released. I hope this helps readers who like me are counting the pennies.

Here’s a little reminder of book one. 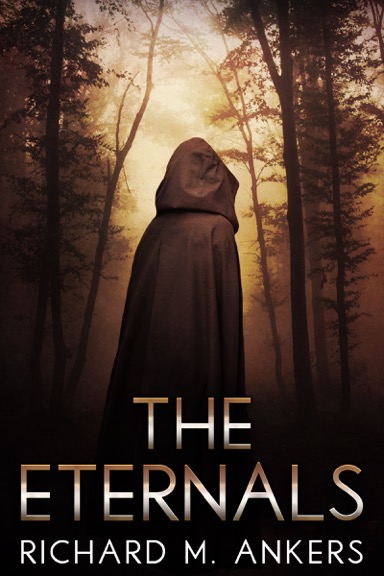 The Eternals, they are a breed apart. Born to immortality, neither human nor vampire, a dying sun is to end their race where no other could. It is to this ultimatum that Jean, the last Eternal lord, is born. Jean accepts the end once preached by his deceased parents, where others won’t, their arrogance furthering his melancholy. He would fight for the future where they, the Hierarchy, would waltz into nothingness.

But everything changes for Jean when he commits the cardinal sin: his bite takes the life of Princess Chantelle of The New Europa Alliance, whose sister will come to enthrall him. It is a deed Jean thinks has passed unnoticed; it has not. When the Britannian dandy, Sir Walter Merryweather, informs him of this, Jean runs. Aided and abetted by the irksome Merryweather, Jean stumbles from manipulated mishap into age-old conspiracies and beyond.

With the sun’s clock ticking, Jean must find time where there is none to reconcile his sordid past with the promise of new love.

Thank you all again, and I hope you continue to enjoy my stories.

About Richard M. Ankers, author of, THE ETERNALS 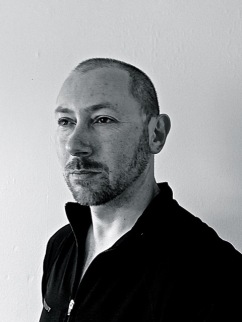 Richard M. Ankers was born a dreamer. From an early age, if Richard was not out in the fresh air playing sports, he was lost inside a good book or secretly writing his own. A lover of everything from Marvel comics to classic Fantasy and Science Fiction, he allowed his mind to wander to these fantastical places and never quite came back. Heavily influenced by authors ranging from Michael Moorcock and Gene Wolfe to such wonders as Haruki Murakami and Margaret Atwood, Richard enjoyed being entertained, whisked away to places unknown. Every book had something to offer, snippets of the unimaginable, twists of fate and spectacular universes and Richard soaked them up like a sponge. These were the makings of his mind.

Born and bred in rural Yorkshire, England, Richard squirreled his words away in shyness without showing them to anyone until plucking up the courage to place them online to be read and judged. Fortunately, that went better than he could ever have dreamed and hence decisions were made. Richard resigned his position as a Company Director and gave up everything he was to become the writer and person he wished to be. People have said it a brave decision but, in truth, it was the only decision he could ever have made. There would never be enough hours, minutes and seconds remaining in Richard’s lifetime to uncover all the words and worlds he had to unleash. Work began in earnest, and The Eternals came to life.

Three years in the making, The Eternals Trilogy was born from a vision of moonlight waltzes and a dying sun. Our distant future was to end and those who thought themselves immortal would be proved less so. This is the time and place that Jean is born to and wishes he wasn’t.

When Richard is not tapping out stories on his laptop, or adding poetry and writing to his own website, richardankers.com, which he nearly always is, you’ll find him running and taking in the scenery. Running has offered a sense of peace and relaxation only ever matched by writing. A lover of the great outdoors, he is lucky enough to have visited many of the world’s most beautiful countries such as Norway and Switzerland both of which he could happily have never left. If he could sit with a view of the mountains with a river flowing by and birdsong, a quite corner set aside in which to write with a view of the former, you’d probably never see Richard again.

Find and Follow Richard at:
The Eternals book link: http://mybook.to/TheEternals

Sue Vincent is a Yorkshire-born writer and one of the Directors of The Silent Eye, a modern Mystery School. She writes alone and with Stuart France, exploring ancient myths, the mysterious landscape of Albion and the inner journey of the soul. Find out more at France and Vincent. She is owned by a small dog who also blogs. Follow her at scvincent.com and on Twitter @SCVincent. Find her books on Goodreads and follow her on Amazon worldwide to find out about new releases and offers. Email: findme@scvincent.com.
View all posts by Sue Vincent →
This entry was posted in adventure, Books and tagged adventure, Amazon offer, book one, epic fantasy, fantasy, fiction, kindle, paperback. Bookmark the permalink.

4 Responses to The Eternals an Update by Richard M. Ankers