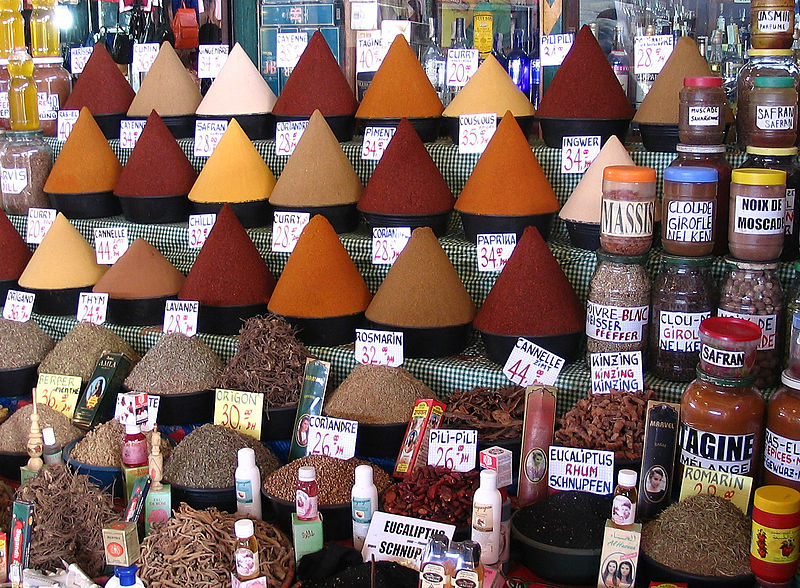 The virus that has been bugging me for the past week or two, manifesting itself under various  guises in order the hide from effective treatment, finally decided a couple of days ago that it would try pretending to be a cold. I am still not convinced that this is not just another feint and it will find some new avenue to explore, but a cold I can handle. There is an old saying, ‘feed a cold, starve a fever’. I decided to feed it. We have a workshop in a little over a week’s time. If necessary, I would feed it out of existence.

Thus, at six thirty in the morning, I was already in the kitchen, working on the premise that if I shoved some stuff in the pot early enough in the day, then whatever time I managed to get home from work there would be a hot meal waiting and no excuses about ‘can’t be bothered’ or ‘too tired to cook’.

I made something that vaguely resembles chilli, redolent with onions and garlic, herbs and spices and enough vegetables to feed a small army. The idea was that if I made enough, it would last me two or three days, the flavours developing over time, making each meal better than the last. By the time I left for work, I was already hungry as the smell wafted through the flat.

Mexican chilli…Indian naan… English strawberries and French Chantilly cream…. that would do nicely.

As I was only making it for myself, I was untroubled by the usual nail-biting over whether I should put more or fewer chillis in there and which other spices I could add to liven it up. Traditional Mexican spices blend well with the Indian ones I invariably add. I have long since learned that levels of spiciness are entirely subjective. I do not appreciate losing the roof of my mouth to chilli, and I like to be able to distinguish the various flavours of the herbs and spices. I also learned long ago that my idea of ‘it really is quite mild’ will send others dashing for the nearest fire bucket.

My education is to blame; it was a good one. I worked for an Anglo-Indian woman who was a mean cook and she introduced me to the various regional dishes made entirely from scratch and taught me to cook them. It was a way of cooking, rather than a set of recipes. The spices were the palette and the pan the canvas. I loved it.

Coming from a provincial, northern city in the decades post-rationing, food had hierto been basic and simple. Up to that point, my only acquaintance with curry was the bland, anglicised version just becoming available in the shops. It was an eye-opener in more ways than one… especially the little green thing beside every plate that her family nibbled delicately as they ate. My first encounter with fresh, raw chilli peppers was an eye-watering experience I am unlikely to forget.

“I’m not eating that foreign muck,” was the reaction at home when I cooked.

Next came a period of utter delight, teaching English to Moslem women in purdah. They welcomed me into their homes, showed me the incredibly beautiful things they made for  their children with silks and embroidery… and then fed me wonderful things. Every time.

The next stage of my education came in Paris at the home of a French-Algerian friend and her family. Unadulterated, homemade harissa is not a thing to be taken lightly… or indeed at all if you value the presence of your tastebuds. I learned that the  hard way… learned how to eat it… and learned to cook Algerian dishes with a hint of Normandy.

The cosmopolitan capital of France taught me a lot about cooking. It was there that Monsieur Steve, a doyen of the Place du Tertre, taught me about chilli. The glass of cold milk should have warned me, but I was young then…

The main thing I learned, though, was that ‘traditional recipes’ don’t normally have one; regional variations can make a basic concept completely different from village to village, based upon what ingredients were cheap and in plentiful supply in the days before refrigeration. Many spices were added to dishes, especially meat, as an anti-microbial preservative as well as for their colour and flavour, especially in the cuisine of hotter climates.

Somewhere, hidden amongst the papers till to be unpacked, there is a huge, scruffy folder filled with handwritten notes on how to cook your way round the world, scribbled on whatever was to hand as I watched and learned. Everyone seemed to have their favourite way of making something that, according to the recipe books, should have been the same. And every good cook who taught me seemed to have understood that the ingredients are not part of a recipe to be slavishly followed, but the raw materials of a creative process as individual as any art.

Their art, like their ingredients, is rooted in the earth of their homeland. Dishes are dictated by the local climate, the local produce, the nature of the land and the seasons, even the lifestyle of its people, with each region having its own unique flavour. It is this diversity that makes cooking…and eating… such a multifacted delight. It occurred to me somewhere along the way that people too are rooted in the land and climate of their home. Our customs and character, dress, dishes and everything that makes humanity the multicoloured jewel that it is, vary from village to village, country to country, and reflect the soil and sky of the land of our forefathers.

For me home is Yorkshire pudding and curd tarts, but I wouldn’t want to eat them every day. Not only would it get boring, it would be unhealthy… we need variety in any diet for it to give us the nutrients we need. Including the human one. Too often we are like the caricature of the Englishman on holiday, afraid to try the local food because we do not recognise it…and thus miss out on so much.We live in a time when travel is easier than ever before, when people of all nations intermingle daily on every street and could share the rich diversity of our cultures, yet many are still afraid of crossing self-imposed borders to widen experience…and understanding. Maybe we just need to widen our horizons enough to see that the only real boundaries are the ones we make for ourselves.

Sue Vincent is a Yorkshire-born writer and one of the Directors of The Silent Eye, a modern Mystery School. She writes alone and with Stuart France, exploring ancient myths, the mysterious landscape of Albion and the inner journey of the soul. Find out more at France and Vincent. She is owned by a small dog who also blogs. Follow her at scvincent.com and on Twitter @SCVincent. Find her books on Goodreads and follow her on Amazon worldwide to find out about new releases and offers. Email: findme@scvincent.com.
View all posts by Sue Vincent →
This entry was posted in Art, food, Friendship, Humour and tagged cuisine, fear, France, multicultural society, prejudice, travel, yorkshire. Bookmark the permalink.