Back to Stanton Drew…

We could hardly visit the pub and the church without paying our respects to the stone circles of Stanton Drew. The village itself is pretty enough to spend a day wandering around with a camera, with many listed buildings that chronicle its history, from the little toll house to the bridge.

There are some rather suspect stones making up walls and gateposts too… stones that look as if they might solve the mystery of the empty spaces in the circles… but you don’t even remember the village when you walk into the presence of the stones.

They do not look as if they belong to this reality. Especially when the clouds race dark and the light is constantly shifting, turning the land itself into a watercolour one minute, then into a tapestry of colours too intense for this world. 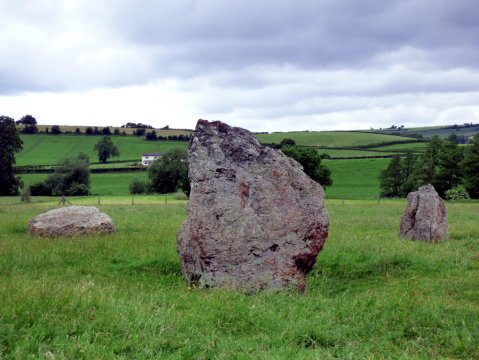 I have written of the circles before and told something of their size, extent and ancient history… we were there in January, the last time we didn’t make our planned trip to Ireland. It seemed rather fitting to be back when we wouldn’t make it this time either.

This time, though, we had time… as long as we liked just to wander, walk the circles and wonder at the strange and unearthly faces in the stones.

There had been frost on the ground last time we were here and the trees were bare. The midsummer landscape is rich and lush and somehow the patchwork of manicured fields enclosed by their neat hedgerows throw the stones into a different time and space, highlighting how far away and long ago they had their origins and how little we know of their purpose. 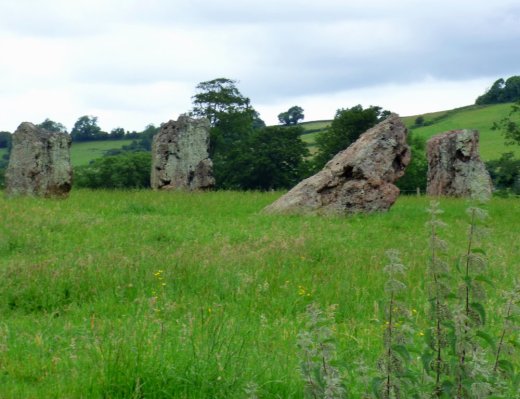 The damp stone did seem to offer-up one of its secrets though. Although the stone was probably local, when you look at them closely it seems as if there was a preference for choosing them to show where they had been born. Layers of sediment that look like a riverbed frozen in time, fossils and the flow of ancient waters… each stone seems to show its beginnings in earth, and you get the feeling this was deliberate and magical to the circle-builders.

It is as if, with the petrified earth and water-worn ripples, they have sought to capture time itself to construct their temple. Or to stop it.

…Which might explain why there are so many reports of watches stopping in circles such as this. Or my companion’s phone resetting to zero in them on more than one occasion. 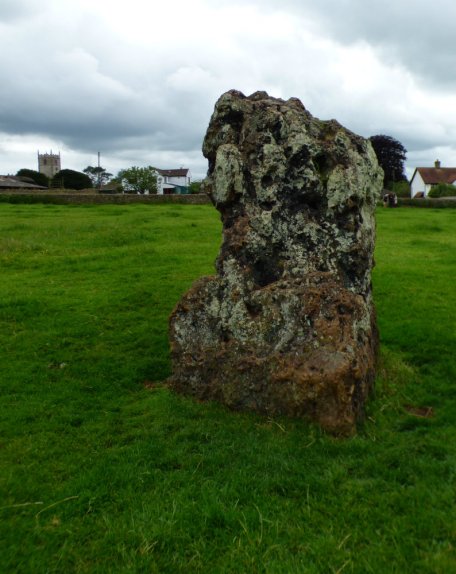 The modern mind, occupied as it is with leisure, technology and the quest to succeed seems a long way from that of our ancestors, yet really, are we so different? Our needs are very  much the same as they always were, no matter how sophisticated the form their commercial fulfilment might take.

Our human needs and emotions have not changed very much, if at all, yet because we do not recognise the technologies of old, or credit those who built their monuments with such precision with a comparable intellect to our own,  we cannot see it clearly. It almost seems, sometimes, as if the stones are laughing at our futile efforts to understand.

Even our cameras seem puny in the face of such grandeur, unable to encompass the sheer scale of either the stones or the site, capturing only fragments as the rise and fall of the land and the remnants of the henges hide their grandeur from the lens as if they are playing hide and seek. 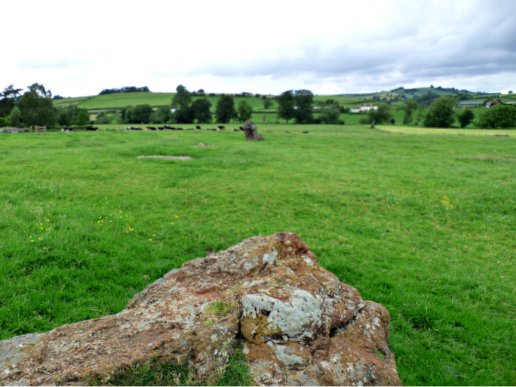 The two smaller circles are still recognisable as such. The Great Circle has many stones buried, fallen or gone, yet there are a few places where the curve of stones is still visible and it is only here that you begin to appreciate this, the second largest circle in the land. 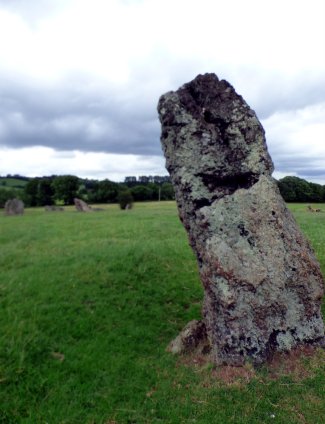 Many of the stones are still standing though, huge monoliths… slender fingers and great, solid blocks that seem impossibly real against the summer green. There are some stones that lie flat to the ground. We generally assume they are fallen, but after getting to know the great stones of Arbor Low, we wondered if some, at least, were designed to be recumbent. 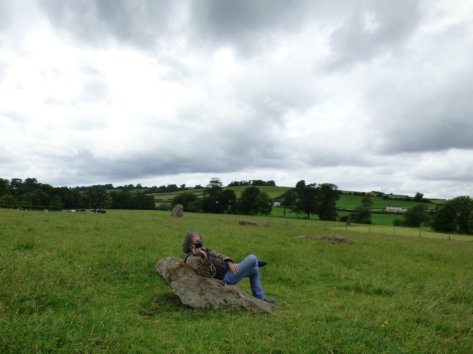 Stanton Drew was mentioned in the Domesday Book of 1086, being listed as Stantone, which means ‘The stone enclosure with an oak tree’. I doubt if the skeleton of the tree that stands there still is the one that gave it its name… but who knows, perhaps it is. 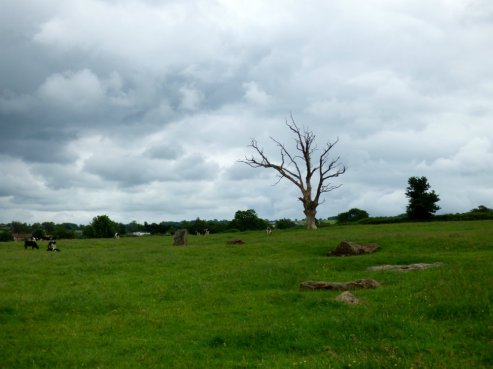 There is so much we do not and cannot know, but perhaps we do not need to… maybe it is enough that we stand in awe, looking back across the millennia and know that in a land where the nights were not lit by neon and the stars formed a bright canopy, our ancient kin saw something bigger than their lives and came together to create a place in which they could seek its presence within themselves.

Sue Vincent is a Yorkshire-born writer and one of the Directors of The Silent Eye, a modern Mystery School. She writes alone and with Stuart France, exploring ancient myths, the mysterious landscape of Albion and the inner journey of the soul. Find out more at France and Vincent. She is owned by a small dog who also blogs. Follow her at scvincent.com and on Twitter @SCVincent. Find her books on Goodreads and follow her on Amazon worldwide to find out about new releases and offers. Email: findme@scvincent.com.
View all posts by Sue Vincent →
This entry was posted in Ancient sites, England, History, mankind, Photography, Spirituality, Stuart France and Sue Vincent, travel and tagged Arbor Low, recumbent stones, sacred sites, somerset, stanton drew, stone circles. Bookmark the permalink.

5 Responses to Back to Stanton Drew…