The first thing you notice when you walk into the Saxon church of All Saints in Wing is  contrast. Cool white walls offset dark wood, the simplicity of the building sits serenely with the ostentation of its marble tombs,  the ancient  sits companiably with the ‘modern’. And, on this occasion at least, the silence seems a perfect foil for the gentle chatter and genteel clatter of teacups beneath the pipe organ at the west of the nave.

It is also big… the height of the Saxon nave is impressive and the chancel arch some twenty feet wide. Raise your eyes and the 700 year old roof looks back at you through many eyes. Every beam terminates in a carved figure, some of them very intriguing, and between the beams, carved angels spread their wings.

The Jacobean pulpit and the wooden pews survive, not yet replaced by more modern seating. The now-dark wood of the 16thC Rood Screen still separates nave from the chancel and still holds the great carved Rood, or Cross. Once it may well have been painted in the brilliant colours of the time… vivid red and rich green, and above the screen, a scene of the Judgement of Souls was once painted on the now-stark walls that are pierced by a double-arched saxon window some 1300 years old. 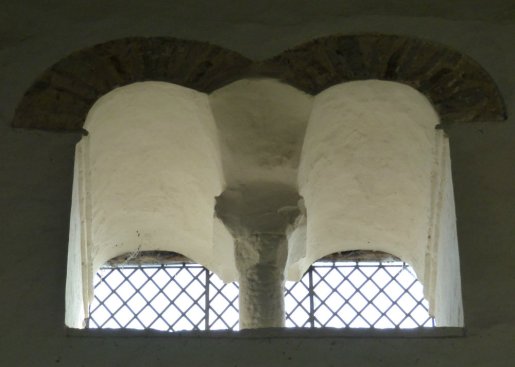 Although the Judgement is no longer visible, traces of it do remain, barely discernible an high on the wall. Small patches of mediveal paint are dotted around the church,  giving a tantalising glimpse of what the interior would have looked like. Far fom the simple white it now wears, it would once have been a riot of colour, with scenes to teach the faithful on every wall. The most intriguing patch that I found showed a hand, raisd as if in greeting or blessing, above what appears to be a Cup.

There is still colour and still stories told in images, telling at a glance what the unlettered would have been unable to read for themselves and which, for centuries, would have been read to the congregation only in Latin.

There are beautiful stained glass windows depicting the saints and stories from the Bible, mainly by Kempe, and Clayton and Bell, from the late 18th and first years of the 20thC. 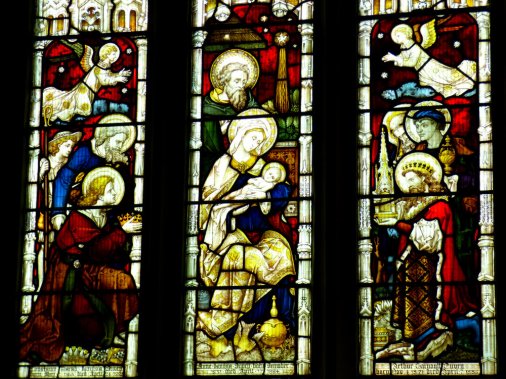 The Annunciation window stands out in a very different style and is by Ninian Comper, whose work is always worth a second look for the symbolism he incorporates.

Although the majority of the windows are ‘modern’, there are still fragments of 14thC glass too. 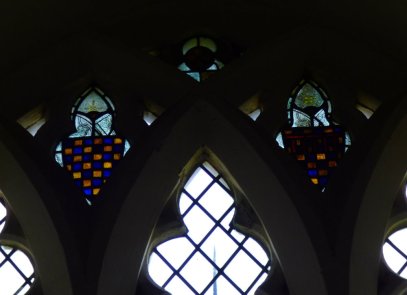 The most striking feature of the church, though, has to be the tombs of the Dormer family, who held the Manor. In the apse, eithr side of the altar, are two great marble monuments, beautifully preserved and detailed.

The first commemorates Sir William Dormer, who died in 1575, and his wife Dorothy. Sir William was once betrothed to Jane Seymour, who later became the third wife of Henry VIII and Queen Consort. She soon after died giving birth to Henry’s only surviving son who later reigned as Edward VI. 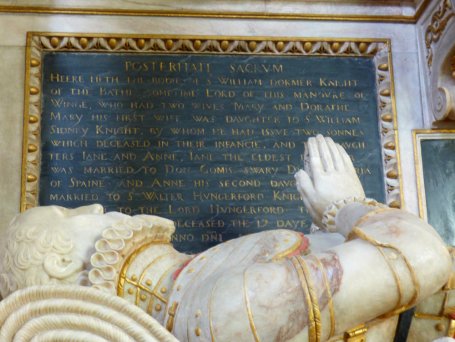 Below Wiliam and Dorothy, smaller statues of their grown children kneel in prayer, whilst tucked away under the ornate edging, their babes who died in infancy are remembered.

Opposite his parents’ tomb is that of Robert Dormer, created 1st Baron Dormer , and his wife, Elizabeth. Robert died in 1616 and their son went on to be created Earl of Carnarvon. 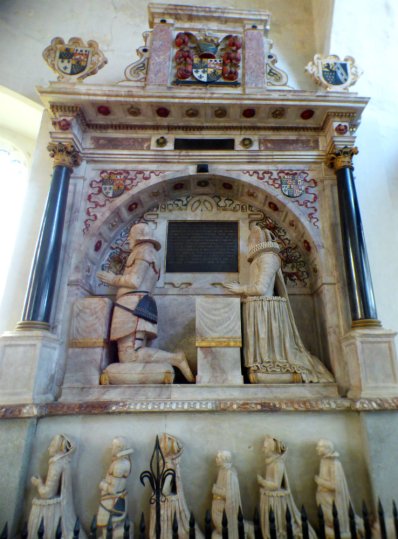 There are many wall monuments and brasses, including a simple one to a servant of the Manor. “Honest old Thomas Cotes, that somtime was porter art Ascott Hall, hath now (alas) left his key, lod, fyre, friends, and all to have a roome in heaven, this is that good mans grave. Reader prepare for thine, for none can tell but that you two may meete to night farewell. He died the 20th of November, 1648.” 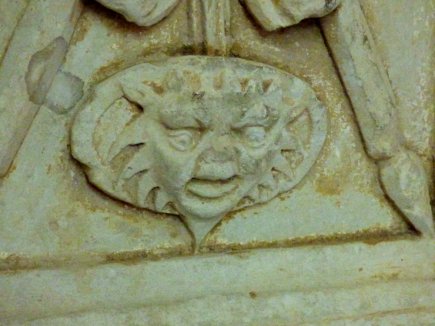 Perhaps the strangest, though, is the tomb of Sir Robert Dormer, the father of William, who died in 1552. Its columns support an ornate canopy and are carved with strange symbols and heraldic emblems. Within is a bare sarcophagus, decorated with carved skulls. It looks completely out of place in an English village church… but then, that is the beauty of these old places. You never know what you are going to find.

Sue Vincent is a Yorkshire-born writer and one of the Directors of The Silent Eye, a modern Mystery School. She writes alone and with Stuart France, exploring ancient myths, the mysterious landscape of Albion and the inner journey of the soul. Find out more at France and Vincent. She is owned by a small dog who also blogs. Follow her at scvincent.com and on Twitter @SCVincent. Find her books on Goodreads and follow her on Amazon worldwide to find out about new releases and offers. Email: findme@scvincent.com.
View all posts by Sue Vincent →
This entry was posted in Ancient sites, Churches, England, History, Photography, Sacred sites and tagged All Saints, Buckinghamshire churches, Dormer tombs, George Gilbert Scott, rood screen, Wing. Bookmark the permalink.

12 Responses to Going inside …