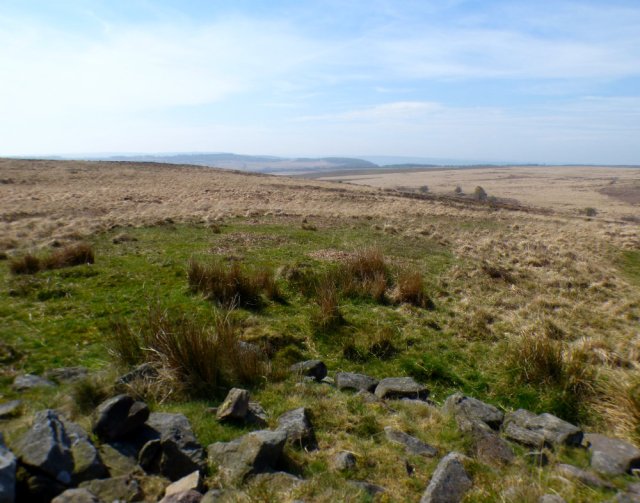 Even the sceptic had to admit that following the Ubiquitous Pointy Stone had worked this time… Rather than our usual route, we had let the stones guide us and we were straight into the cairnfields and finding traces of prehistoric mounds, cairns… and we could already make out the first stone circle. 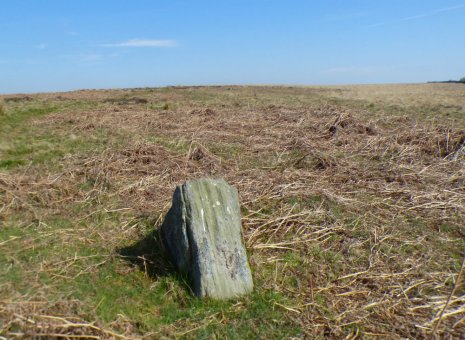 We had not walked this way before, and it seemed a far more natural route than the one the modern path followed. The sites revealed themselves, one after another, every few yards as we crossed the moor. Winter and spring are the best time to discover these ancient places, when the bracken is down and the heather not yet in bloom.

The heather seems to enhance the magical atmosphere of the place, somehow. As if the land wears its soul for all to see. In spring though, you can see the changes in the vegeatation, where the ancient sacred sites still preserve a green oasis amid the copper tones. 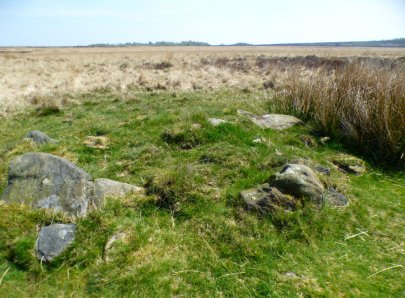 We took a route that led us through the necropolis, a huge field of cairns and tumuli… some excavated, some apparently not. In places you can see the stones that form the central chamber or stone cyst. In others, there is no more than a scattered curve of boulders. 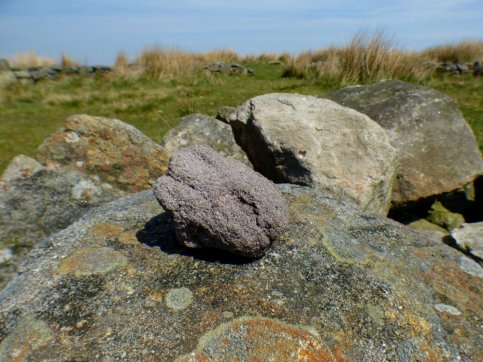 The ground sparkles with minerals and crystals, but one stone caught my eye, just laying in the path at my feet and sparkling as if it held a thousand stars. Picking it up, it looked like a dragon’s head… it was only later that I realised that the other side too was a dragon’s face, only that side had a red ‘eye’. Perfect… and a gift. 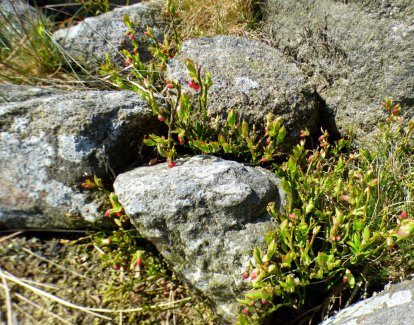 We found a lawn amongst the cairns of the dead and laid in the warmth of the sun. It had been a long day and a late night, watching the Foxes dance in Holmfirth and the peace and beauty around us were seductive. 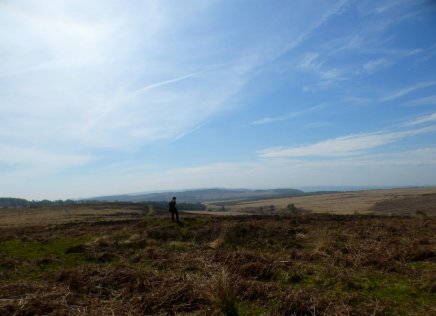 It seemed only moments, but it was enough, then we walked on to the enclosed stone circle with its central cist. It is a strange, strange place and the stones throbbed under my palm as if allowing me to feel the heartbeat of the earth. It is a place to dream. 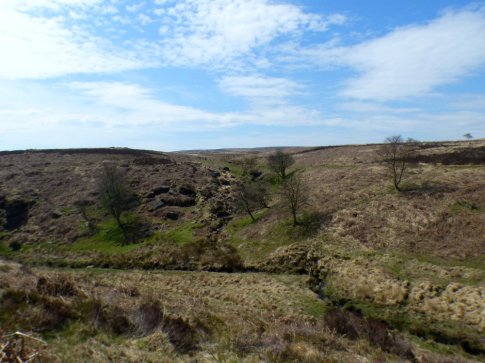 Exploring the cairns, we continued to the little valley with its rowan trees; the branches still bare and showing no green. We sat on a poetry bench and spoke of a story the land had once given us… one we have to remember… 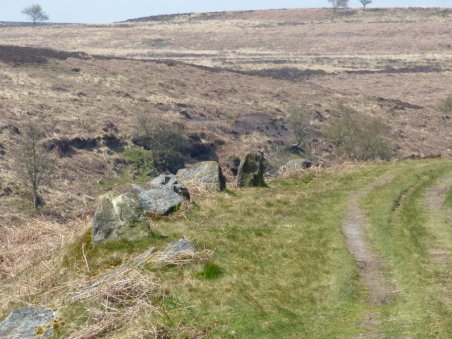 Then onwards, through the Avenue, towards the circle and the Seeing Stone. There were no tears this time… just recognition… and a sudden excitement. We knew how the circle ‘worked’. Understanding was filtering through… and we walked out the pattern we had been shown, finding the answering pattern in the stones. Body, mind and heart coming together and learning from the land. 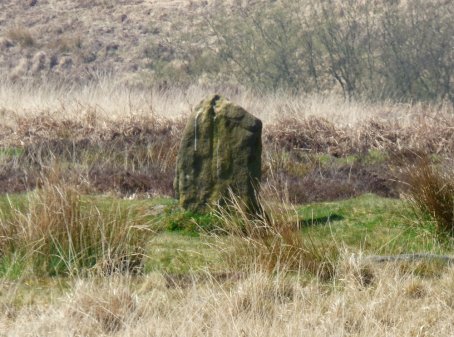 “We should eat,” said my companion. “We’ve been up here about four hours…”

“….?!” Four? How did that happen? It barely felt like an hour… but these places are timeless and when you touch their heart, time ceases to exist.

“How about ice cream?” There would be no fairy woman this time… but we knew where there would be ice-cream, not too far away…

Sue Vincent is a Yorkshire-born writer and one of the Directors of The Silent Eye, a modern Mystery School. She writes alone and with Stuart France, exploring ancient myths, the mysterious landscape of Albion and the inner journey of the soul. Find out more at France and Vincent. She is owned by a small dog who also blogs. Follow her at scvincent.com and on Twitter @SCVincent. Find her books on Goodreads and follow her on Amazon worldwide to find out about new releases and offers. Email: findme@scvincent.com.
View all posts by Sue Vincent →
This entry was posted in adventure, ancient mound, Ancient sites, Don and Wen, heather, History, Landscape, Photography, Sacred sites, Spirituality, Stuart France and Sue Vincent and tagged barrow, burial mound, cairns, Derbyshire, necroplois, stone circles. Bookmark the permalink.

25 Responses to On the moors…