A royal road to immortality 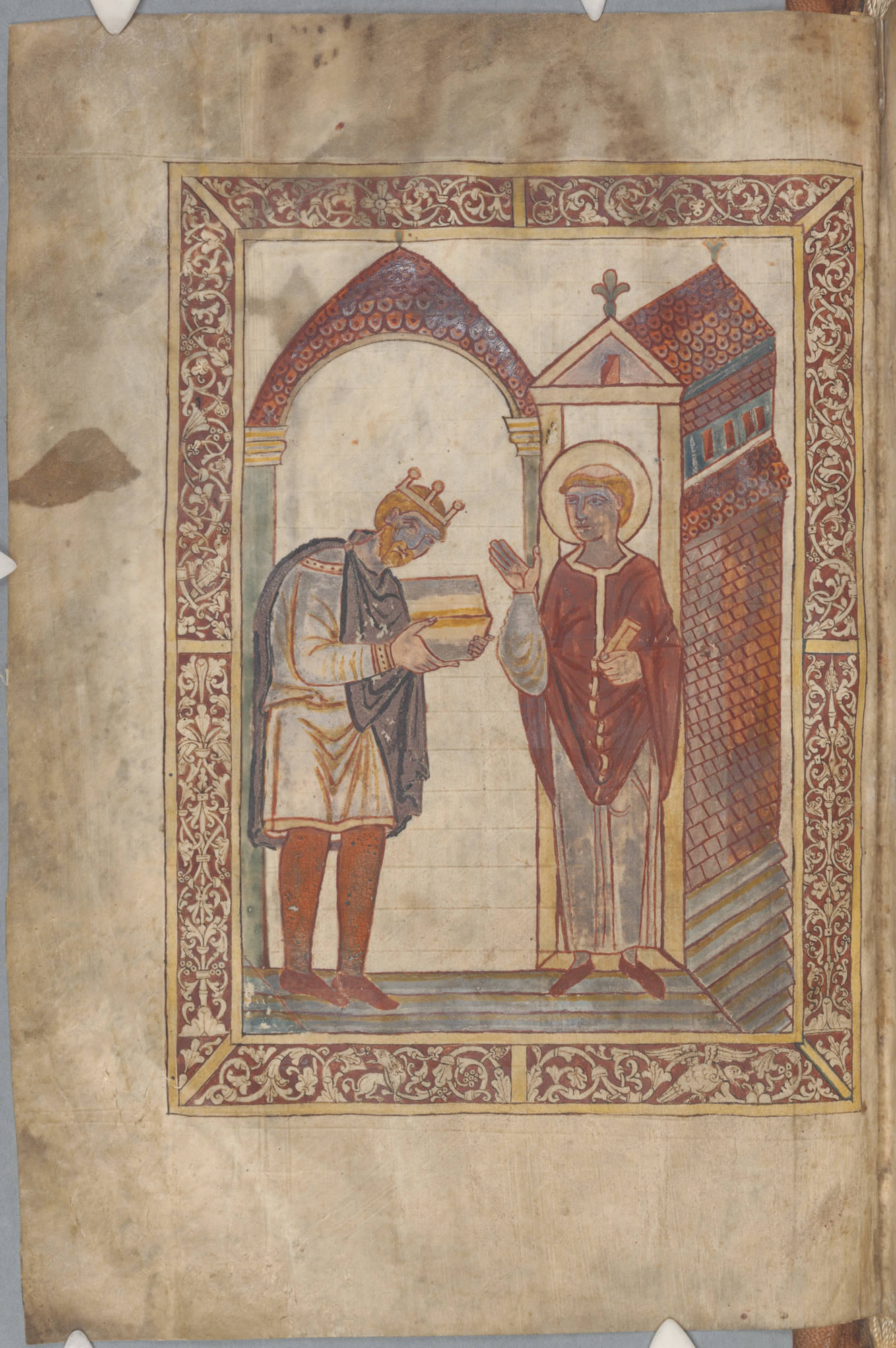 King Athelstan (reigned 924-927)  the earliest known depiction of a crowned British monarch. Coincidentally, he has a red beard.

Scanning the news, I came across a photograph of a red-bearded Prince Harry looking remarkably like his namesake, King Henry VIII. Although, with the changing lines of the royal houses over the centuries, their relationship is distant in more than time, there is a genetic link through King Henry’s sister, Margaret. I was struck by how easy it was to recognise the resemblance of a 21stC prince to a 16thC king and realised how many statues and memorials there are to the members of the various houses of the British monarchy.

I doubt there are many places in this country where there is not at least one representation of a member of the royal line and their images are found worldwide. Love them or hate them, royalist or not, the monarchy is at the heart of British history and its imagery cannot be dismissed. It is everywhere, from our postage stamps to our currency and most of the time, it is so familiar that we barely even notice it is there.

I wonder if it feels odd for the Royal Family to see the portraits of their ancestors and predecessors everywhere they look? Perhaps, if they think of it at all, it is to wonder if it seems odd for us not to do so with our own. Can you imagine what it would be like to know, not only the faces but the histories of your own family, not as scattered anecdotes or fragmentary evidence, but in depth and detail, going back many hundreds of years and spanning many countries?

Many of us have the odd photograph or two of our grandparents, maybe even our great-grandparents. A few may have a pre-photographic portrait in paint or pencil. For the majority of us, though, the faces that are more than a generation or two back in time are already lost, their memories fading into oblivion as those who knew them follow them through that final portal. Our grandfather’s grandfather ceases, in some way, to be a ‘real’ person and becomes an ancestor… and our society lost its reverent connection to the Ancestors many moons ago.

It is an odd thought…  you may still live in the house they built, or be able to see their names carved on a memorial…trace their lives back through legal paper trails or hold a treasured possession in your hand. They were real…human beings… and now, somehow, they are not. They are no more than an idea, a second-hand memory. Yet their presence in our lives is as vital as it was to those of our ancestors who revered the Ancestors.

There has been a good deal of research done in recent years about the transmission of genetic traits and scientists have highlighted the possibility that even memory can be transmitted from one generation to the next. The promises in genetics at present are both exciting and disturbing. One piece of research even claims that in as little as twenty-five years we could be capable of maintaining youth indefinitely and achieving theoretical immortality. This immediately raised questions for me about overpopulation and even whether any sane person would want to live and be young forever… but that is a whole other debate.

Even so, that thought has spawned many stories of the quest for an Elixir of Youth and the desire for immortality haunts many who would wish to leave a lasting mark upon the world forgetting that we already do. What we have received from our ancestors through evolution, genetics and memory lives on in each one of us. Every person contributes to the collective experience of the species and each of us may transmit it to the next generation, carrying the legacy of our ancestors’ lives forward to a time when we will have long since joined them. In this respect, we carry the seeds of immortality, from the first Man to the last, from the beginning to the end of time. Even that made me wonder…if humankind ceases one day to exist, what dies with us? Will the universe itself even exist without our observation creating it for our attention, nanosecond by nanosecond? Perhaps the multiplicities of our human ‘being’ will resolve itself into Unity without the interference of our presence and consciousness and our need to dissect in order to understand?

The world may continue without us, the universe may keep spinning its mysteries, but without Man to observe the measure of linear time, will time still exist as we know it or will its absence open the doors to a single and universal Moment of No-Time? And if there is a No-Time that is All-Time, then Man can neither come into being nor cease to exist.

We will never know the answer to that particular riddle… or if we do it will be because ‘it’s life, Jim, but not as we know it’.

Winterhalter portrait of Queen Victoria, Prince Albert and their children

Perhaps our ancestors were right to revere the Ancestors, because they have not simply been erased from the story, but will live on each of us for as long as mankind survives… and every one of us adds our own experience to the continuing story of the future. It follows then that we have a responsibility to ensure that our legacy of experience is worth leaving and has value for our descendants.

It occurred to me too that the royal family are not the only ones to be able to look into the eyes of their ancestors every day; humanity ultimately shares a common heritage and every face we see, every pair of eyes we meet, mirrors back to us something of our own.

Sue Vincent is a Yorkshire-born writer and one of the Directors of The Silent Eye, a modern Mystery School. She writes alone and with Stuart France, exploring ancient myths, the mysterious landscape of Albion and the inner journey of the soul. Find out more at France and Vincent. She is owned by a small dog who also blogs. Follow her at scvincent.com and on Twitter @SCVincent. Find her books on Goodreads and follow her on Amazon worldwide to find out about new releases and offers. Email: findme@scvincent.com.
View all posts by Sue Vincent →
This entry was posted in History, Memory, nature, Relationships, Responsibility, Spirituality and tagged being immortal, British Royal Family, genetics, human genome, King Henry VIII, Prince Harry, royal family. Bookmark the permalink.

26 Responses to A royal road to immortality