A day in the Dark Peak – Little John’s grave 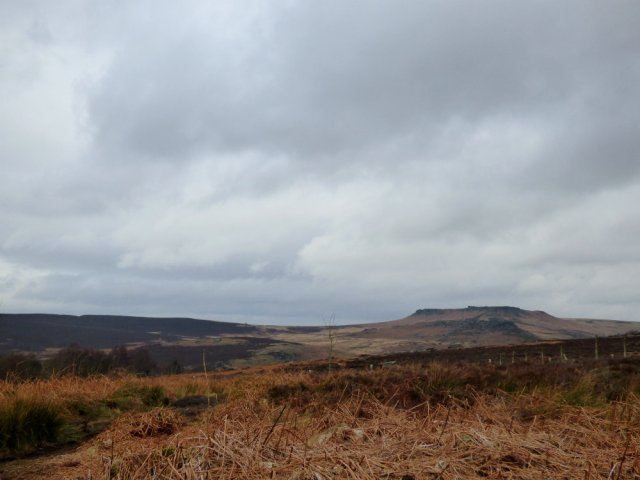 The day of the meeting we gathered at the old Fox House inn high above the Derbyshire Dales; a place we plan on using as our base for the September workshop. The inn dates back to 1773 and its stones look out over the moors with a feeling of permanence and solidity. From here you can see the enigmatic bulk of Carl Wark rising like some stone-built ship from the landscape, and above is Higger Tor, where I love to catch the dawn on my way home when the time of year permits.

It is from there that I have watched the valley fill with mist and seen the sun cast a golden glow on the heather. When the weather is kind, I can think of no lovelier place to spend an afternoon. The weather, however, was not disposed to be kind and we were glad of the warmth of the inn as we sat and talked through the plans for the upcoming workshop in April. There is only so long you can sit over lunch, though, and few places that offer shelter at this time of year.

There was one place though, close at hand… and one of our number had never visited the church at Hathersage, so we regained the cars and headed down into the little town. There is a tiny, narrow lane that climbs the hill to the church of St Michael and All Angels and it is not the easiest road to manoeuvre in a car… especially when, almost at the top, you realise that your timing is about as bad as it can get… the funeral party were just placing the coffin back in the hearse.I turned the car and came back down the hill. 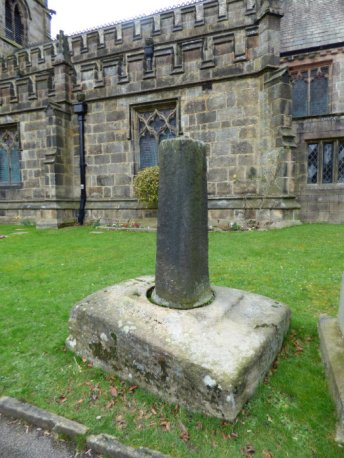 Our companions drove past, not seeing us and for the next ten minutes it was like a chase from some ancient silent movie as we passed and re-passed each other, frantically waving, before finally meeting in the now empty parking place by the church.

You could not wish for a more beautiful setting and I wondered how many brides had been blessed with the green backdrop for their wedding photographs. On one side the valley spreads a green counterpane, even in winter, on the other three sides the old stones of houses that have clustered here for centuries are a mellow gold. 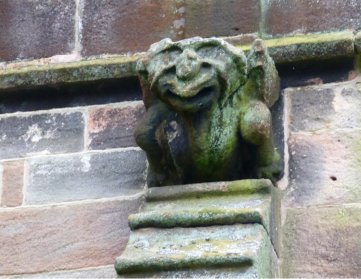 Carved heads and strange creatures decorate the outer walls of the church… unemployed gargoyles ousted by modern plumbing. The broken shaft of a worn and ancient cross stands forlorn beneath the living dance of branches.

Even in the bitter and biting cold, patches of snowdrops, daffodils and crocus dot the green of the churchyard where a giant grave marks the place where the legendary companion of Robin Hood is said to sleep beneath a watchful eye. John Little… better known as Little John.

Little John was the challenger at the ford who fought Robin Hood with a quarterstaff for the right of passage before joining him. The origins of such legends  are lost in the oral tradition that graced our hearthfires before stories were preserved in books or used as inspiration for medieval romances. 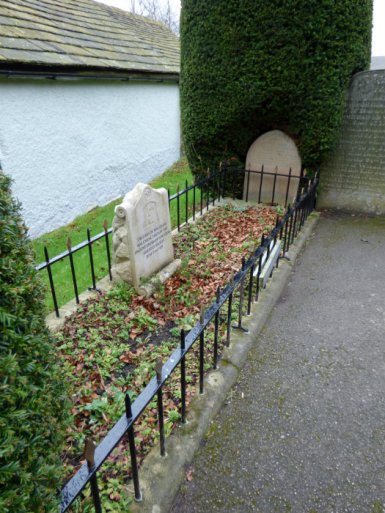 The first tales of Little John were  penned in 1420… and by that time the church at Hathersage had already been standing for forty years… with earlier churches on the site for at least two hundred years more than that. But it was cold and blowing a bitter wind… inside seemed the place to be…

Sue Vincent is a Yorkshire-born writer and one of the Directors of The Silent Eye, a modern Mystery School. She writes alone and with Stuart France, exploring ancient myths, the mysterious landscape of Albion and the inner journey of the soul. Find out more at France and Vincent. She is owned by a small dog who also blogs. Follow her at scvincent.com and on Twitter @SCVincent. Find her books on Goodreads and follow her on Amazon worldwide to find out about new releases and offers. Email: findme@scvincent.com.
View all posts by Sue Vincent →
This entry was posted in Ancient sites, Churches, Landscape and tagged Church of St Michael and all angels, Derbyshire, Hathersage, Little John, Robin Hood. Bookmark the permalink.