Discovering Albion – day 7: Out to the castle

We had found a pub and, duly watered and warmed by the coal fire of the Crown and Anchor, had wandered out to look around. The tide was still out, but the few visitors were already making their way back to their cars. We walked out along the deserted path towards the castle, passing only the obligatory black dog and his owner on the way. 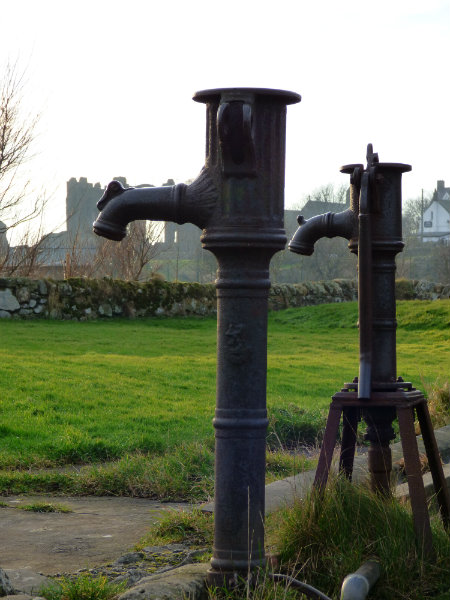 The history of the island goes back to the earliest times, with finds dating to right to Mesolitic times including a quarry for flint with which the sharp tools were made. There are many birds… both seabirds and the more familiar birds of the land. The light sparkles on the water, glittering motes more precious than jewels, born of sun and sea… the essence of the life of earth. There is always something quite primal in being on an island, and though Albion herself is an island we forget that readily when we live inland. Here we are reminded as the sea closes in behind us and we no longer have a choice whether we go or stay. 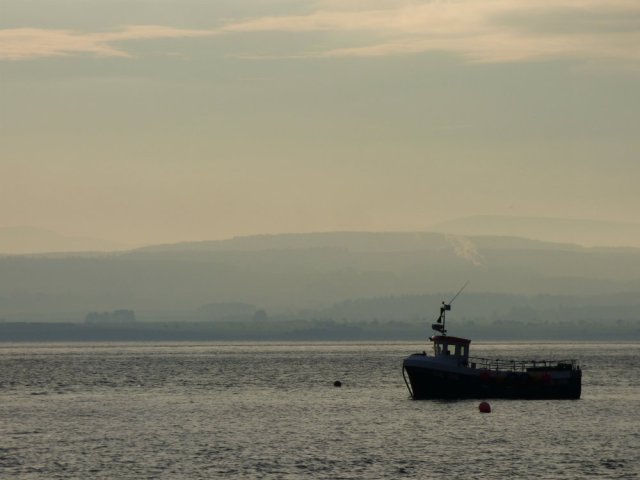 We would have stayed the night, waking to dawn on the sea, but many places were closed, others expensive. Instead we would cross the causeway after dark. For now, though, the afternoon still waited to be explored. The castle loomed over us, perched upon its rock. It would be closed, but then, we had not come here to wander its rooms.

The castle was built around 1550 upon the highest point of the island, a hill called Beblowe. Many of its stones were taken from the Priory which had fallen into disuse. It had been the site of a previous fortification, but little more than turf ramparts it would seem. The castle was constructed and held a small garrison. It saw service in the Jacobite uprising and had eventually been used by the coastguard when it was found by publisher Edward Hudson, the owner of Country Life magazine.

Hudson engaged Sir Edwin Lutyens to refurbish the castle in the Arts and Crafts style and Gertrude Jekyll designed the gardens, making it a beautiful holiday home for its owner. Today it is in the care of the National Trust. In summer there is a steady stream of visitors climbing the steep slope to the gate.

Over the water Bamburgh Castle is outlined in the haze and the tall stone obelisks of Guile Point guide boats into the little harbour. We stopped to watch another robin leading us onward it seemed, beyond the sheds made of upturned boats towards a small outcrop of rock that looks towards the open sea. We watched the water… for a while there was nothing else.

Then a flash of movement caught my eye. I raised the camera, ever hopeful… and caught a kestrel hunting. Joined by its mate they flew over the roof of the castle, the pair silhouetted against the sky. Walking back towards the village I spotted one of them sitting on a post… then noticed its mate a few feet away. We watched them for a good while, with me inevitably snapping away. They too were watching…us.

Sue Vincent is a Yorkshire-born writer and one of the Directors of The Silent Eye, a modern Mystery School. She writes alone and with Stuart France, exploring ancient myths, the mysterious landscape of Albion and the inner journey of the soul. Find out more at France and Vincent. She is owned by a small dog who also blogs. Follow her at scvincent.com and on Twitter @SCVincent. Find her books on Goodreads and follow her on Amazon worldwide to find out about new releases and offers. Email: findme@scvincent.com.
View all posts by Sue Vincent →
This entry was posted in adventure, Photography, scotland road trip, travel and tagged birds, castle, Gertrude Jekyll, Holy Island, Lindisfarne, sea. Bookmark the permalink.

26 Responses to Discovering Albion – day 7: Out to the castle