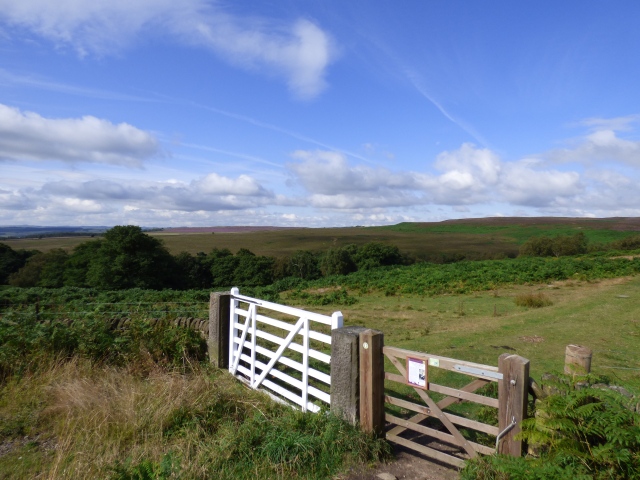 Friday morning we were on the road towards our evening meeting bright and early. It was a glorious morning with sunshine pouring between clouds low enough to touch from where we were on the top of the moors. There is a deep, wide valley and high hills as you leave the city and these, clothed in purple, set the tone for the morning. We stopped, briefly, at Barbrook where the faint scars of hut circles can still be seen in the bracken and where the skyline was lined with heather. It is a timeless landscape. On this stretch there are no houses or buildings to be seen, only the road and the occasional cars could place this moorland in a specific era. It would, my companion suggested, only take shaggy horned cattle to complete the scene and you would not be able to tell when you were. 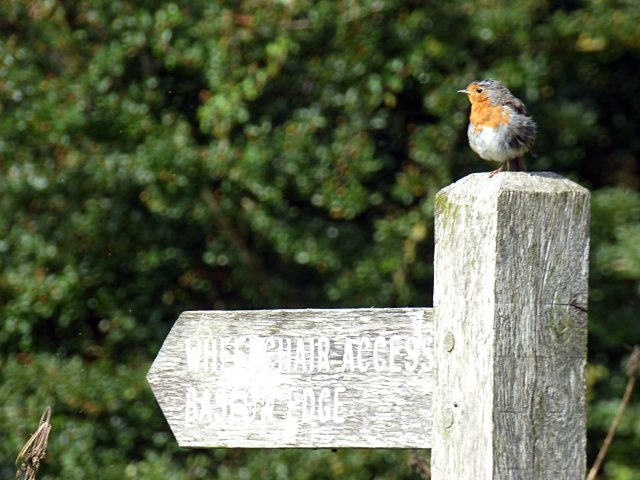 We parked the car above Curbar, where the scruffiest, friendliest little robin perched on the signpost, and set off through a veritable sea of heather towards the Eagle Stone. The land is very high here, with towering limestone cliffs and rocky outcrops above the valley… and a herd of highland cattle… apparently! Two pairs of eyes, wide as those of children on Christmas morning looked at each other in astonishment. I had been here only two weeks before and found sheep on the stretch of emerald green between the heather and the rocks. You expect to find sheep on terrain such as this. You do not expect to find furry cows on clifftops in the Dales. We weren’t imagining them… The fact that there also appears to have been a bird that looks suspiciously like a hawk making an appearance in the very first shot I took of them is probably best ignored.

So we were wide eyed for several reasons as we walked the sparkling path in the sunshine through a wide expanse of heather. The landscape in this area bears the marks of our ancestors in its bones; there are stone circles, cairns, hut circles and settlements scattered across the moors here and we were alert for any traces of them. Recognised archaeological sites are abundant, but of course there are other echoes… shades of a people who knew and understood the heart of the land and if you look through their eyes in imagination you will see the strange shapes in the boulder strewn heights and outcrops, the natural features and erratics that they could have, would have used as part of their everyday life, or part of their reverence for the gods of their land… and I do not think the two were ever far apart for them.

We learn to see through their eyes the water-worn bowls gouged deep in the rocks, the faces in the cliffs and the rocking stones perched so precariously above the valley. We may not know just how they saw them… but we can feel it. There is a natural human gift for seeing forms and figures in the fractured rock… as we approached the Eagle Stone others were pointing out the unmistakable profile and gazing up in awe at the huge glacial boulder that rises tall from the purple sea of flowers.

Legend says the rock is named for a Celtic god, Aigle, who delighted in throwing rocks across the landscape… or that it derives from Egglestone or ‘witches stone’ and that it turns around at cock-crow. Local tradition demanded that any man who wished to woo a girl had to climb the stone… and it would not be an easy feat. Look deeper at these traditions and folk memory guards in myth and story things that were true, if only we can decipher them. 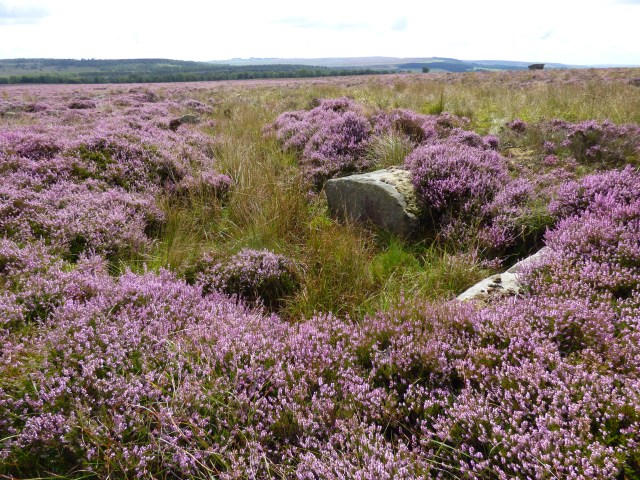 Is the god a memory of the ice age? The Norse myths speak of frost giants after all. Does the turning stone suggest that this landmark on the horizon might have an astrological use? And were the fertility rites or tests of manhood that marked the passage into adulthood celebrated here? We cannot know. What we can know, however, is that just as these huge stones draw us today they would have drawn our ancestors and spoken to their imagination just as they do to our own. Perhaps that understanding, that recognition of kinship across the ages matters more than knowledge. Perhaps it simply matters that we open ourselves to possibility and see the magic of an enchanted land in the earth beneath our feet.

Sue Vincent is a Yorkshire-born writer and one of the Directors of The Silent Eye, a modern Mystery School. She writes alone and with Stuart France, exploring ancient myths, the mysterious landscape of Albion and the inner journey of the soul. Find out more at France and Vincent. She is owned by a small dog who also blogs. Follow her at scvincent.com and on Twitter @SCVincent. Find her books on Goodreads and follow her on Amazon worldwide to find out about new releases and offers. Email: findme@scvincent.com.
View all posts by Sue Vincent →
This entry was posted in earth, England, Mythology, Photography, Sacred sites, travel and tagged baslow, curbar, Derbyshire, eagle stone, hawk, heather, highland cattle, yorkshire. Bookmark the permalink.