Yesterday found me running errands for my son, a fifty mile round trip to collect something that was supposed to be in stock… and wasn’t. I could have ordered it and had it delivered, but wanted it quickly so I could get on with the job. No such luck, I will have to wait for the post, hoping it turns up before I am away again.

However, I grabbed the camera as it was a lovely afternoon, sunny and spring-like. Drifts of snowdrops lined the banks in places where I could not stop, sparkling, pristine patches of white that herald the changing of the seasons. We haven’t had winter yet really, so I am a little hesitant to get my hopes up after the long term forecasts have threatened the worst winter in years. Still, there was an ancient church in the village I was heading for… and several others on the way. So the frustrated shopping trip would be a journey of discovery.

Again, no such luck. The sky blackened as I placed my order, the heavens opened, the winds started. Driving was no longer pleasant; holding the car against the cross winds with the wipers going full pelt is not my idea of fun. Not that it would stop me from visiting the churches. And there I was lucky, in some respects at least. It seemed the weather was cooperating and each time I actually parked the car, the rain subsided. 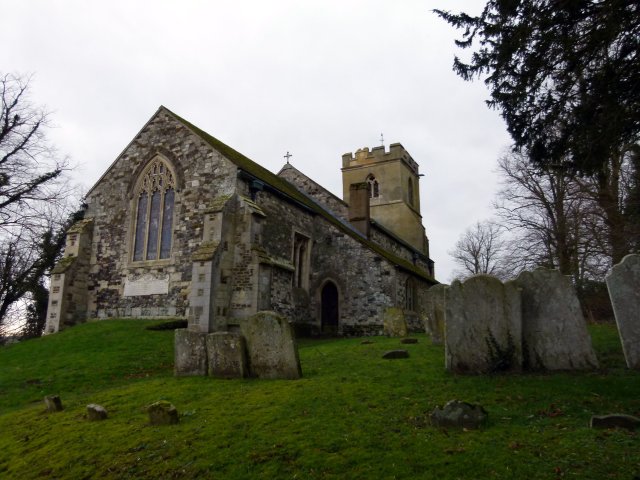 Unfortunately, they were, without exception, locked. This saddens me on several levels, over and above the inevitable frustration of being unable to visit buildings my research told me hold things I want to see. The St Nicholas’ I simply smiled at. Anyone who has read The Initiate will know we never get into a St Nicholas’ first time and I had held of little hope of this being any different. There were other churches on the way home. All locked.

This I find incredibly sad; that a place of worship should be locked at all, as if there is a bracketed slice of time when it is deemed appropriate to turn one’s thoughts to God.  As if the act of worship has become timetabled, a social occasion. I am not strictly orthodox in my beliefs, seeing the Divine life in everything. I do not need a church of a particular denomination… or even religion…or a building at all in which to pray, yet there is something beautiful in sitting within a place hallowed by a thousand years of prayer. It sinks into the very fabric of the place and the stones whisper a song of peace. There are times when this is a comfort to those in need and that the door should be locked seems to me a denial of the most basic tenets. 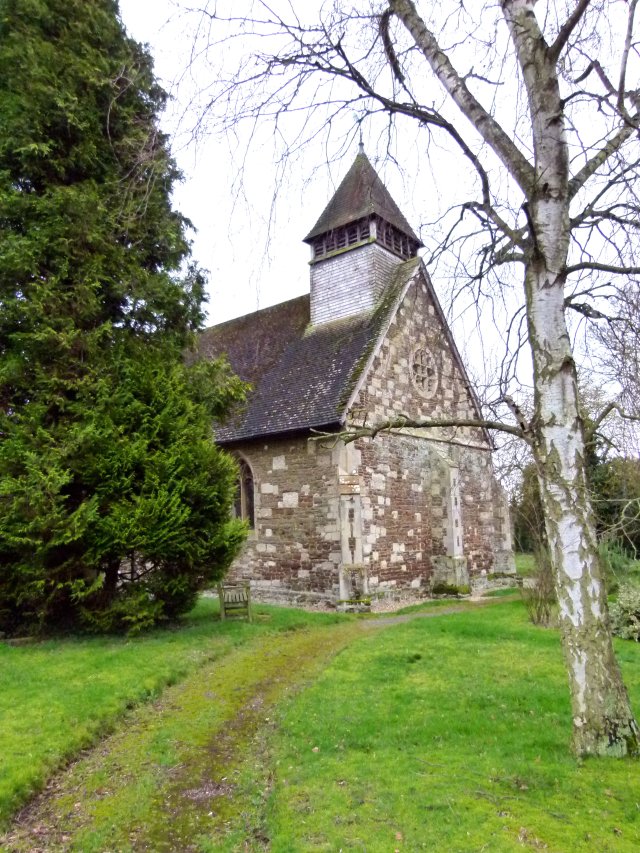 Of course, it is also absolutely understandable in a society that has ceased to be simply trustworthy, where theft and vandalism are rife and there is a need to protect beauty and history. That this is so may be a greater sadness.

Yet the most beautiful little church we have found, the one that sings to the heart regardless of the faith one follows, stands open. There is nothing to steal except, perhaps, the simple wooden cross on the altar and a donation box that sees few visitors. I assume it is locked overnight, but regardless of how early or how late we have visited and sat within its silent peace, we have never found it so. We have been there as the early morning sun lit its windows and seen the sunset through the jewelled panes, watched by the eyes of saints in irreplaceable medieval frescos. 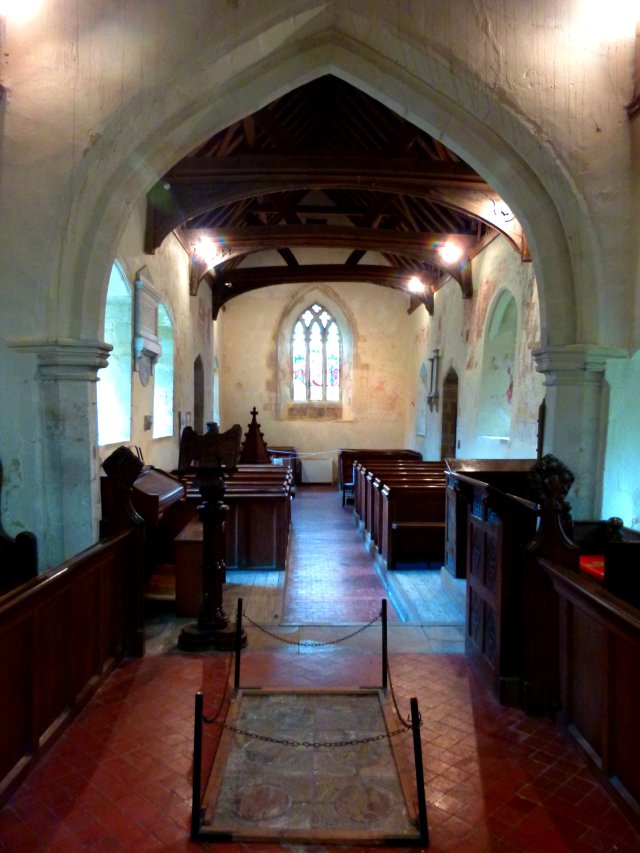 However, I digress. I was busy being frustrated at every turn. I found myself back on the main road and, as it was now coming towards the end of the afternoon decided to head home. It is a familiar road, an area I know well, part of a delivery route I used to do as a courier. I was barely paying attention till the two kites wheeling overhead caught my eye.

Blow me down, how had I never noticed that!?!

I know the area well? But an entire conical hill has managed to hide from me all these years… It is a good thing that my driving reactions are not connected to the open mouth and staring eyes or there would have been an accident. Dragging the car off the road at the next lane I followed where the kites had led, found a soggy field gate to pull into and walked through the thick mud to a place where I could get a decent shot, wondering all the time how on earth you could ‘miss’ something this big.

Further exploration revealed another locked church, and some online digging later tracked the village history back to prehistoric times, located a holy well and some windows I really want to see.

Then the power went off and in a final moment of frustration, I gave up and went to bed.

The hill was a good lesson in humility though. I had spent the morning answering student journals and a common point coming up was the way that we see what we expect to see, accepting our surface perceptions. Once we have seen and defined for ourselves, we seldom look again… in fact we seldom really look at all. At anything. Unless we have to.

I, who had not driven those roads in many years still remembered them in detail, not referring to maps, recalling particularly beautiful trees, details of architecture, bad bends and cambers in the roads… I would have said I knew the area and the landscape well and may have had a momentary pride in that. Apparently not. Not when a huge chunk of landscape hits you in the face like a wet kipper. 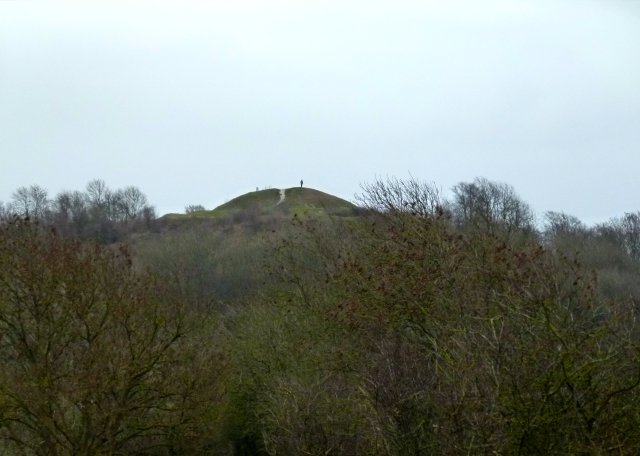 One of the exercises we use in the Silent Eye course has students engaging their attention with everyday objects in a particular way. As with all the exercises, I have worked with this… nothing goes out without being tried and tested. In a similar vein, if you were to picture an object you know well… then go and get it, and actually spend time looking at it, I guarantee you would see things you didn’t expect… small details, shades, textures and reflections…  Attention focussed and deliberate instead of glossing the surfaces throws into sharp relief just how much we take for granted.

In much the same way as a huge conical hill, ‘hidden’ in plain sight, teaches the teacher to remember that we are all students and no-one is beyond the need to learn… especially the teacher.

Sue Vincent is a Yorkshire-born writer and one of the Directors of The Silent Eye, a modern Mystery School. She writes alone and with Stuart France, exploring ancient myths, the mysterious landscape of Albion and the inner journey of the soul. Find out more at France and Vincent. She is owned by a small dog who also blogs. Follow her at scvincent.com and on Twitter @SCVincent. Find her books on Goodreads and follow her on Amazon worldwide to find out about new releases and offers. Email: findme@scvincent.com.
View all posts by Sue Vincent →
This entry was posted in Ancient sites, Books, England, Heart of Albion, Landscape, Life, Love and Laughter, Photography, Sacred sites, Spirituality, Stuart France, The Silent Eye, travel and tagged being, Books, esoteric school, history, landscape, lessons, Life, nature, Photography, spirituality, The Silent Eye. Bookmark the permalink.